FanDuel and DraftKings, two top online providers of daily fantasy sports, have reportedly received letters from college football conferences with a request for said sites to stop offering contests on games. A report by USA Today, covers comments by Larry Scott, the Commissioner of the Pac-12, who stated that other conferences in college football have the same stance.

Scott stated that despite the fact that the federal government has determined that DFS sites are not gambling, the NCAA is at the position that they can set rules and are not in support of the activity. The Pac-12 Network will not allow any advertisements involving DFS to be aired. NFL themed advertisements for DFS are allowed on the network. Reportedly, the Pac-12, along with the ACC, SEC, Big 12 and Big Ten, sent letters to FanDuel and DraftKings asking for the college gaming contests to be stopped.

At DFS sites, football is the most popular option, with the NFL outweighing college football in popularity. To stay in good graces with the college football conferences, the sites may choose to stop offering contests on the games, but no answer has been given to the request by either site.

It was just last week that a hearing was requested by Congressman Frank Pallone Jr. on the subject of fantasy sports and their legality. The hearing has yet to be scheduled. DFS is quite popular in the United States and the popularity has caused several states to begin looking at the sites and if the activity should be deemed legal.

In his closing remarks, Scott stated that the Pac-12 would not like to see more discussion on gambling and spread. They feel as though the option is not the healthiest or best presentation of the game of college football. 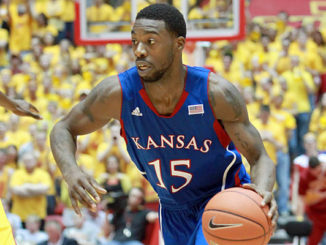