The No. 6 seed Denver Nuggets and the No. 3 seed Golden State Warriors meet in Game five of their NBA Playoffs series on Wednesday at Chase Center.

In Game 4 in Denver, the Warriors seized a 3-0 lead and had Denver on the ropes, but the Nuggets managed to prevent the sweep. The series, though, will return to San Francisco, where Steve Kerr’s team will get another chance to advance to the second round.

Early odds have the Golden State Warriors as the -9 point home favorites, with the total at

To win the series, the Nuggets will have to put forth a tremendous effort. But, at the very least, they ensured that they would not go winless in the playoffs. In Game 4, Nikola Jokic and his teammates refused to go quietly into the night, with the Serbian putting up 37 points, eight rebounds, and six assists.

Finally, he got the help he needed, with Monte Morris and Aaron Gordon scoring 24 and 21 points, respectively. Austin Rivers had five steals, and Bones Hyland had 15 points off the bench to round out a solid performance. The Nuggets should be fired up after finally experiencing victory, as they are no strangers to beating the odds.

The Nuggets are averaging 113.0 points a game in this series against the Warriors, shooting 48.3 percent from the field. As usual, Jokic is dominating on both ends of the court, averaging 31.3 points per game, 11.8 rebounds per game, 5.3 assists per game, and 1.8 steals per game.

There’s nothing that should cause the Warriors to panic just yet, as they just missed out on a sweep of the Nuggets. In addition, the Warriors will return home on Wednesday for a final chance to win the series.

Klay Thompson scored 32 points in Game 4, while Steph Curry, the other half of the Splash Brothers tandem, came off the bench to score 33 points. The Warriors’ ability to compete even without starting Curry speaks volumes about how dangerous this team is, and it has a lot to do with Jordan Poole’s rise.

Poole may have only scored 11 points in Game 4, but he’s a player who can go off on any given night. In the series, he is third on the squad with 24.3 points while shooting 51.9 percent from the field. In Game 4, Gordon and Morris both put in strong outings, but Poole is far more consistent than either of them.

Green is a defensive force to be reckoned with and has been a key facilitator to the splash brothers in this series. Look for the Warriors to rally back at home come Wednesday Night.

I believe the Denver Nuggets are a lot tougher than people give them credit for, and I understand that the regular season and the playoffs are two different things, but Denver has already defeated Golden State twice at Chase Center, so it wouldn’t surprise me if they did it again on Wednesday.

After all, the Nuggets have their backs up against the wall and have no choice but to go all-in on this one. In order to stay in the game and have a chance to win, Denver can’t rely solely on Jokic on offense, and they’ll need another solid scoring performance from their supporting cast.

Despite the fact that the Warriors are more talented, I believe the Nuggets continue to put pressure on them on their own court, and this shouldn’t be a blowout.

The Nuggets will keep this game within nine points easily. Back Denver in this matchup. 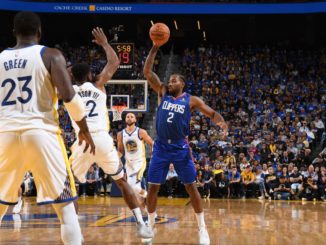 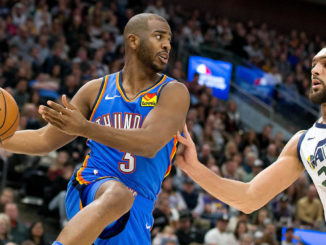 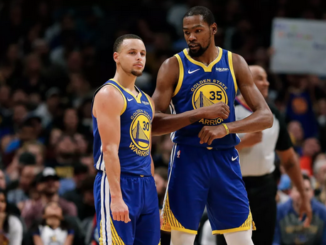