The college basketball non-conference season is in full swing, and that includes a top-10 game in the Big East-Big 12 Battle between the no. 5 Kansas Jayhawks and no. 8 Creighton Bluejays. At home, the Jayhawks are favored by 3.5 points, with the over/under set at 147.5 points.

Since losing to Gonzaga on Thanksgiving Day, Kansas has rattled off four straight wins. However, the jury is still out on this year’s Jayhawks. A close win over Kentucky doesn’t look as impressive as it did at the time. Also, Kansas was lucky to survive an upset bid from a winless North Dakota State team over the weekend.

As for the Bluejays, they’ve cruised to a 3-0 start, moving them into the top-10 in the polls. Of course, Creighton is yet to be properly challenged, beating North Dakota State, Omaha, and Kennesaw State. Of course, that’s going to change quickly with the Bluejays set to play Kansas and in-state rival Nebraska before the start of Big East play.

Despite undergoing knee surgery toward the end of last season, Creighton point guard Marcus Zegarowski has hit the ground running. He’s averaging seven assists per game during the early part of the season, including a double-double with 11 assists against Omaha. After a sluggish opener, the Bluejays have scored over 90 points in each of their last two games, primarily because they have a point guard who’s willing to share the ball but who can also score.

Of course, while Zegarowski is holding it down in the backcourt, Creighton has received excellent play from the frontcourt. Junior forward Christian Bishop is averaging 15 points per game, nearly doubling last year’s output. Keep in mind that he’s averaging less than 18 minutes per game because of Creighton’s blowouts.

He’s a candidate to score 20-plus points if the Bluejays need him to play more minutes. Also, seven-foot freshman Ryan Kalkbrenner gives the Bluejays a dimension inside the paint that they haven’t had in recent years, making him a wild card against another power-conference opponent like Kansas.

During the early part of the season, things aren’t unfolding as expected for the Jayhawks. Marcus Garrett appeared to be in line for a prominent role, but he’s averaging less than 10 points per game. Instead, Ochai Agbaji has taken the lead, averaging 16 points per game while shooting 42% from the perimeter. Meanwhile, freshman Bryce Thompson and junior-college transfer Tyon Grant-Foster are yet to find much consistency.

It’s a similar story in the frontcourt with David McCormack struggling to get going. He was the best candidate to fill the vacancy left by Udoka Azubuike. But while McCormack has struggled, freshman Jalen Wilson has stepped up. Wilson had 23 points and ten rebounds against Kentucky and saved the Jayhawks with another double-double against North Dakota State.

At this point, Kansas is undoubtedly the more battle-tested team in this matchup. But Creighton will have more confidence and a bigger pool of potential scorers. The Jayhawks are in need of a wake-up call, and they might get it on Tuesday. Bet on Creighton as 3.5-point underdogs. 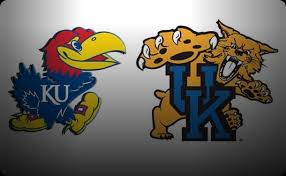 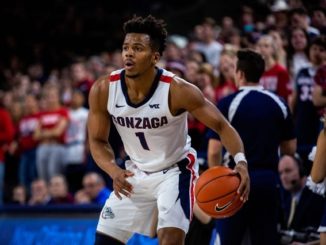 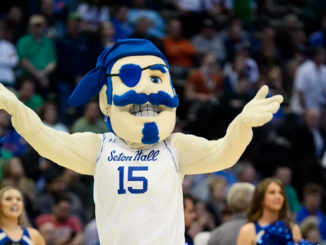