On Sunday Night, the Cleveland Indians will take on the Houston Astros in the final game of their four-game series in Houston. The Indians won the first two games of the series with the Astros taking game three on Saturday night. The Indians are 15-11 on the season, while the Astros are 16-11 this year.

Shane Bieber started for Cleveland on Saturday and had a solid outing, going 6 innings, allowing 3 runs on 3 hits and 4 walks while striking out 9. The bullpen was solid for 3 innings until the 10th when Adam Cimber allowed a walk-off home run, which was the lone run allowed by the Tribe bullpen. Carlos Gonzalez had a good day at the plate, going 2 for 4. Jose Ramirez went 1 for 5 with a run scored and Tyler Naquin scored a run and went 1 for 3. Francisco Lindor did not start but pinch hit in the 7th and hit a sacrifice fly.

Brad Peacock had a great outing for the Astros, going 6 innings while allowing just 1 run on 4 hits and a walk and struck out 7. Will Harris struggled out of the pen, giving up 2 runs on 2 hits. Roberto Osuna got a 6-out save, allowing just a single hit and striking out 1. Carlos Correa had a great day at the plate, going 2 for 4 with a 2-run home run, his 6th of the season. Aledmys Diaz and Jose Altuve each had a hit. The only other hit was the walk-off home run which came from Tony Kemp, who pinch hit in the bottom of the 10th inning.

Carlos Carrasco will get the start for Cleveland here. He is 2-2 with a 6.00 ERA in 5 starts this season. He has a 1.52 WHIP and has struck out an impressive 33 batters in 21 innings this season. He has not given up a run in his last 2 starts, going 11 innings and allowing just 5 hits while striking out 16.

The Indians have hit Wade Miley tremendously over his career and are hitting .382 in 68 at bats. Carlos Gonzalez is 9 for 23 with 2 doubles and a home run. Carlos Santana is 6 for 11 with a double and Jason Kipnis is 4 for 11 with a double. Francisco Lindor has gone 5 for 10 against Miley and has 3 doubles.

The Astros have been solid against Carlos Carrasco as they are hitting .315 in 108 at-bats against the veteran right-hander. Jose Altuve is 10 for 23 with a home run to lead the way. Josh Reddick is 6 for 12 with a home run, and Yuli Gurriel is 4 for 9 with a double. However, they have struggled outside of these 3 guys.

The Houston Astros are -120. Carlos Carrasco does not have the greatest numbers so far this season, but he has pitched extremely well as of late. Wade Miley hasn’t been great, but he hasn’t been bad either. The Indians have hammered Miley up and down their lineup in his career while Carrasco has struggled against just a few batters.

I think Carrasco will dominate this game and stay on a roll and the Cleveland bats will get to Miley early and often. Take the Indians +100. 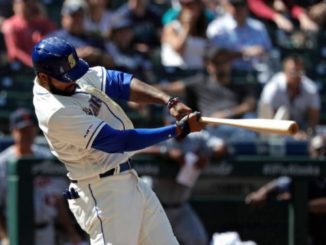 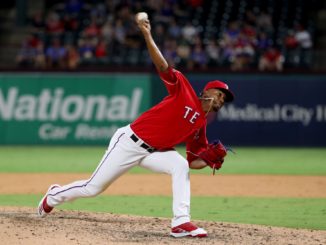 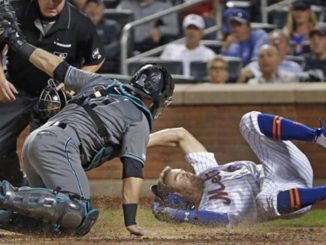