The Chicago Cubs and Arizona Diamondbacks will wrap up a three-game series on Sunday afternoon in the desert. Chicago has come into Arizona and won the first two games of this series and will be looking to complete the sweep.

With the two wins, the Cubs are now back to the .500 mark with an overall record of 46-46. This has still been a disappointing season for the Cubs, and they remain eight games out of first place in the tough NL Central Division.

Losing has been the norm for the Diamondbacks this season, and they have now lost four straight games to drop their record to 26-68. This team has been out of the playoff race for months and will be a big-time seller at the Trade Deadline.

The Chicago Cubs are the betting favorites at -111 in the series finale.

The Cubs have already hit four home runs in the two games in this series, and this team has plenty of power. Willson Contreras delivered the big blow on Saturday with a game-winning two-run homer.

Javier Baez has also hit well in this series, and he leads the team with 21 home runs and 57 RBIs. There have been plenty of trade rumors surrounding this club, but they can be tough on opponents when they are all in the lineup.

Zach Davies will be on the mound on Sunday, and he has gone 5-6 with a 4.37 ERA so far this season. Davies and the terrific Cubs bullpen will look to deliver yet again as they have done all season long.

The Arizona Diamondbacks held a 2-1 lead for 26 outs on Saturday afternoon but couldn’t get the final out. This has been the case for this club all season long, and that is the reason that they are 42 games under the .500 mark.

Merrill Kelly will be on the mound for Arizona on Sunday afternoon, and he has actually been one of the better starters for this team. Kelly has gone just 5-7 with a 4.46 ERA, but he hasn’t always been given a ton of run support.

Arizona has scored just three total runs in this series, but they have been a solid offensive team at times. Eduardo Escobar leads the team with 20 home runs and 60 RBIs, but he doesn’t always get a ton of help.

Betting on the Arizona Diamondbacks is never a smart move as this team is clearly the worst team in baseball. Arizona appeared to have a win wrapped up on Saturday afternoon, but the Cubs rallied with just one out remaining.

This Cubs team could make a run in the second half of the season if the roster remains intact. Chicago has plenty of power in that lineup, and they have been feasting on Diamondbacks pitching.

Expect a similar result on Sunday afternoon as the Cubs have the edge in the pitching matchup.

Bet the Chicago Cubs -111 over the Arizona Diamondbacks. 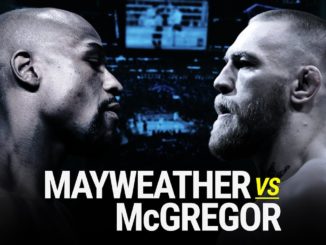 Free Betting Pick for the Mayweather vs. McGregor Fight on Aug 26th 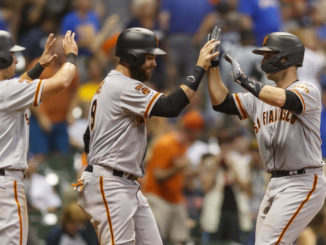