Lucas Oil Stadium is once again the site for the Big Ten Football Championship Game. The Ohio State Buckeyes will take on the Northwestern Wildcats in a matchup of top-25 teams. The Buckeyes come in as the sixth-ranked team in the college football playoff polls and still have a shot at cracking into the top four.

The Ohio State defense struggled all season long, but they put together a terrific performance against the Michigan Wolverines in the season finale. Ohio State was able to get pressure on the Michigan quarterback, and their secondary made plays in the passing game. The Buckeyes gave up an average of 25.8 points per game this season, including giving up at least 49 points in two Big Ten games. The big question in this game will be what Ohio State defense shows up.

On offense, quarterback Dwayne Haskins put together a record-setting season to lead the Buckeyes offense. Haskins threw for over 4,000 yards and 42 touchdowns this season to break the Big Ten single-season record. Running back J.K. Dobbins gives the Buckeyes a balanced attack, rushing for nearly 1,000 yards this season. Look for Ohio State to be extremely aggressive on offense against Northwestern.

Northwestern struggled to put up points this season but were able to make key plays in many close games this season. Quarterback Clayton Thorson gives the Wildcats experience at that position, and he can extend plays with his feet. Thorson has thrown for 2,675 yards this season and 14 touchdowns. Isaiah Bowser has burst onto the scene for Northwestern, racking up 736 rushing yards and six touchdowns. The Wildcats need to find a way to score to keep this game close.

Linebacker Paddy Fisher was the leader of the defense for Northwestern this season, but the entire unit has been solid. The Wildcats gave up just 21.7 points per game, which is a big reason that they are playing in this game. Northwestern has given up 16 or fewer points in their last three games, but they are in for a real test in this game.

Ohio State was expected to be in this game, but they survived a strange season to get to this point. Northwestern surprised everyone by winning the Big Ten West and earning coach Pat Fitzgerald the honor of Big Ten Coach of the Year. The Wildcats have had a great season, but that will come to an end in this game. Ohio State is too explosive on offense, and they will light up the scoreboard against the Wildcats. Bet the Ohio State Buckeyes -14.5 to blow out Northwestern and win the Big 10 Championship. 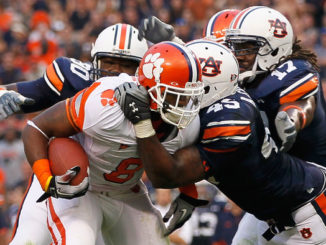 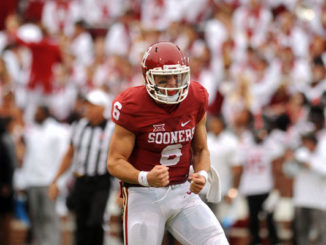 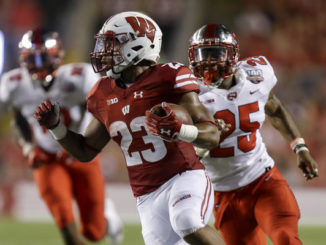