In a big college football game on Saturday; the Auburn Tigers will take on the Clemson Tigers. This is an elite college football game featuring the 13th ranked Auburn team, and the 3rd ranked Clemson team. Auburn came away with a week 1 win over Georgia Southern, as they scored 43 points.

For Clemson, Dabo Swinney and the Tigers are the defending national champions. The Tigers lost DeShaun Watson, but have had no problem picking up the slack in one game. Clemson will have a tough test on the road at Louisville next week. The Clemson Tigers are -5.5 over the Auburn Tigers.

>> Bet on Clemson and Auburn at our favorite sportsbook — 5Dimes

The Clemson Tigers start their conference season next week, as they will have to go on the road to Louisville. Clemson ranks 16th in America with 56 points per game. They were also great defensively, as they allowed just a field goal in the win. Clemson passed for 312 yards in the win.

Kelly Bryant was the guy that took over for DeShaun Watson. He was pretty solid, but did not need to do a ton for Clemson to win big. Travis Ettienne was the top running back. He ran the football 8 times, for 81 yards and a touchdown. Clemson rushed for 353 yards in the game, which was the 9th most in Week 1.

There is a ton of pressure on Jarrett Stidham to compete, and win this season for Auburn. The Tigers quarterback had a QB rating of just 58.3 last week. He passed for 2 touchdowns on 185 yards, with Will Hastings being his top target. Hastings caught a touchdown pass, along with 3 others.

The Tigers are one of the contenders out of the SEC to possibly knock off Alabama. Auburn competes in the West Division of the SEC, and were one of six teams, and 12 overall in the SEC to win their opener. Auburn will host Mercer next week, and then play on the road at Missouri.

The Clemson Tigers do not seem to be missing a beat. DeShaun Watson was really good, but now it appears Dabo Swinney has turned the program into a turn the roster to new players, and still be an elite team and program. The Clemson Tigers can take care of the football, and beat you down.

Auburn is going to try to rush the football, and Clemson is going to have a great plan in place to slow it down. Look for Auburn to struggle to score, and Clemson take advantage of it with a win. The final bet for this game is the Clemson Tigers -5.5 over the Auburn Tigers in College Football on Saturday. 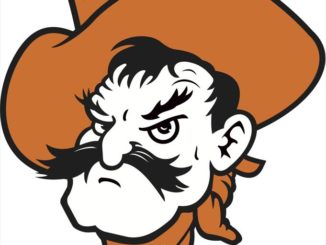 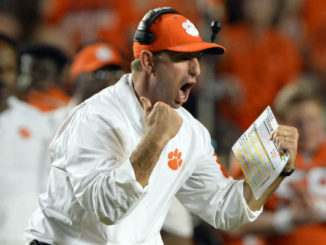 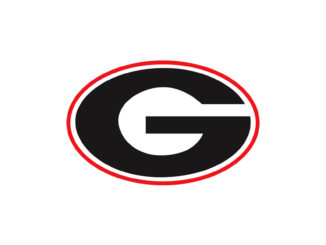