The Alabama Crimson Tide will travel to Missouri on Saturday night and take on the Missouri Tigers for what’s expected to be one of the more interesting college basketball games of the day. Alabama is currently a top-five team in America as they sit at 16-2.

While it’s expected that they’re going to win this game, this is a tough one considering that it’s going to be an SEC contest. Missouri hasn’t necessarily played too well this for parts throughout the season, losing some games they shouldn’t. However, their wins have been more impressive as they still sit at 14-4.

Will Alabama Do Enough to Win?

When looking at what Alabama has done this season, it’s easy to see why people leave that this team has a legitimate chance of making it to a National Championship. It’s going to be a tough task for them to complete that, but they certainly have enough on the offensive side of the basketball to get that job done. Brandon Miller is definitely the one guy to watch out for here, is it’s expected that he’s going to be a first-round pick in the 2023 NBA Draft.

He’s currently averaging 20.1 points per game, 8.3 rebounds, and shooting an efficient 46.7% from the field. The freshman out of Tennessee has been a force to be reckoned with all season for Alabama, and there’s a reason why people believe that he’s going to be drafted as high as he is. On top of that, he’s also shooting 46.2% from 3-point range on more than seven attempts per game. There’s truly no downside to his game right now.

Can Missouri Get the Upset?

Missouri might not be getting the type of respect that this team clearly deserves. While we did mention that they do have some disappointing losses, they’ve also played well for other parts throughout the year, and that’s what you have to give them credit for. The spread also reflects that, as they’re only going to be coming in as a 4.5-point underdog.

With the way that they’ve been playing recently, they’ve shown that they can beat anybody and also lose to anybody on any given night. Their most recent win was impressive, and if they can keep this one close at the very least on Saturday night, there’s a good chance that we’re going to see them in the top 25 on Monday morning.

Kobe Brown is someone to watch out for in this one, as he’s shooting 56% from the field and averaging 15.7 points per game. The guard out of Huntsville, Alabama, will want to make sure that the Crimson Tide know that they missed out on not having him.

This is one of those games that could go either way, and because of that, it might not be a bad idea to take Missouri +4.5. If they come out and do what they’ve been doing for the majority of the season, not only does this team have a chance of covering, but they have a real opportunity of winning this game outright. If you want to get interesting for better odds, they’re currently +175 on the moneyline. 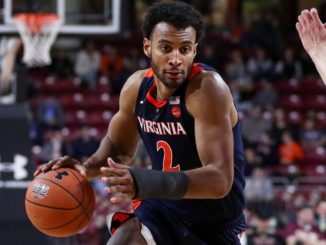 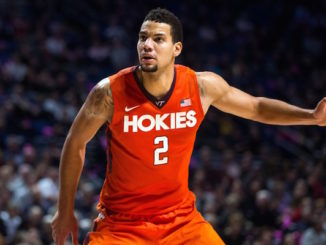 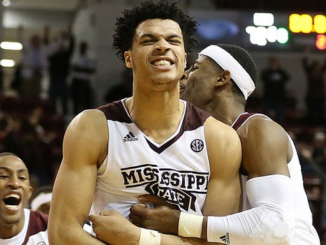