Here we are again. It is Home Run Derby night! Read below as we go over the odds for each player to win!

It hasn’t been the best year for Harper, but he’s still shown the ability to crush the ball. Better yet, he will be participating in this event in his local ballpark, at home IN DC. This should give him a leg up.

Harper will have a good chance, if he starts hot.

He tends to clobber the ball, so beware.

A participant in the Derby and the last man voted in from the NL for the All Star game, life is good for this man. He has come out of nowhere to have an amazing year, and currently leading the NL in HR’s, he’s ready for this.

Two Cubs will be taking part in this event this year, as Javy Baez, constantly improving his game, was invited to partake in the Derby, He has moonshot ability, and tends to hit the ball rather far. If you’re expecting a dud from anybody, expect if from Baez though, due to lack of consistency.

He’s only in his second year in the majors, but he’s already shown so much. The ability he has to go on a big home run streak and hit them when the Phillies most need him to, has been impressive. He is a dark horse candidate, considering the competition.

HEY, rook! Dodgers rookie 1B Max Muncy, who leads his team in HR’s, is getting chance to partake this year. His big swing ability has proved to be major for a team that struggled mightily for the first month and a half. He has great competition, but he’s gotta try.

Playing in his first All Star Game since 2014, Freeman is also taking part in the HR Derby this year. He doesn’t have power that blows you away, but he’s got a pretty swing. He’d be #6 out of 8 in a personal prediction, as he lacks the big time pop.

His 20 HR’s this year are already a career high, but he is just one of many great hitters in a dynamic Astros lineup. His chances will be tough, as he’s matched with Harper, but watch out. When Bregman gets going, he gets going.

The man representing his Nats at this event, will be taking it home. Harper has hit more long bombs than any player on this list, and he knows he won’t get many chances like this, All Star Weekend in his team’s park.

Harper will be impossible to be beaten tonight, as he will be crowned the 2019 HR Derby champ! 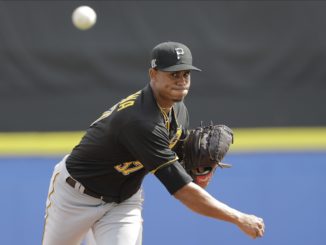 MLB News and Notes: Edgar Santana’s Season Over Before It Can Begin 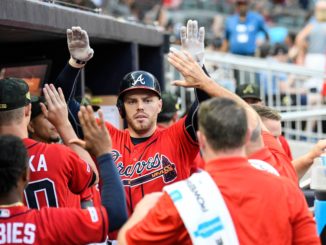 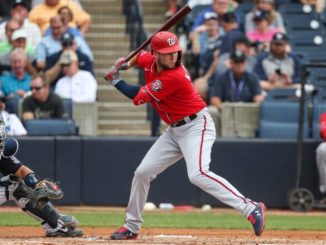