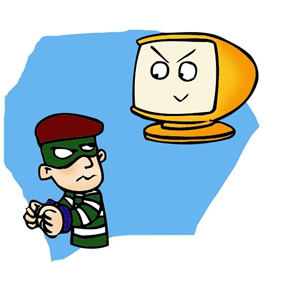 When you reach the late stages of a poker tournament, the blinds and antes will place immense pressure on each playerÃ¢â‚¬â„¢s stack. Because of this, play will become more and more aggressive, and passive players will be in a tough situation. To succeed in such a fast-paced and aggressive game, you need to open up your raising ranges, and know when you can make a play at a pot. This becomes especially crucial when youÃ¢â‚¬â„¢re playing the bubble in a tournament, as play drastically changes. This article will teach you how to spot a steal attempt by an opponent, and how to counter their move.

The first component that goes into a steal attempt is your position. When a player is in early position, it makes less sense to attempt a steal because you have so many players behind you who could wake up with a big hand. When a player is in middle position, it becomes a little more sensible to steal, especially if everyone in front of that player has folded. Late position is the prime time to steal blinds and antes, especially if no one has entered the pot in front of you. In that situation, there are only 2-3 players still to act, and odds are that they donÃ¢â‚¬â„¢t have a solid hand.

If you suspect an opponent may be making a steal attempt, always think of their position first. If theyÃ¢â‚¬â„¢re in early position, do you think theyÃ¢â‚¬â„¢re aggressive enough to make a play at the pot from that spot? If not, fold your hand and let them have the pot. If you DO think they might do it, this could be a spot for a re-steal. WeÃ¢â‚¬â„¢ll talk more about how to execute a resteal later.

Another factor that goes into a steal attempt is stack size. A solid rule to keep in mind is that the farther an opponentÃ¢â‚¬â„¢s stack size is from average, the more likely they are to try to steal. The reasoning for this is because big stacks have chips to blow, and want to keep pressure on the table. Also, small stacks are desperate, have less to lose, and are more likely to make an overly aggressive play. Middle stacks, however, are trying to make it deeper into the tournament, and have enough of a stack to survive a few rounds of blinds. This makes them much less likely to attempt a steal, especially if theyÃ¢â‚¬â„¢re out of position.

Another thing to consider when an opponent makes a raise is his/her table image. If the player has been making raises or re-raises recently, they are probably an aggressive player and are more likely to be stealing. If he/she hasnÃ¢â‚¬â„¢t played a hand in a few rounds, it is more likely they are a passive player and actually has a hand.

Ok, so letÃ¢â‚¬â„¢s say that an aggressive opponent in late position with a big stack has made a raise, and youÃ¢â‚¬â„¢re in the big blind. It folds to you, and you face a 3x sized raise. You decide that you think he/she is stealing. What do you do?

Well, unless you have a very strong hand, calling is out of the question. YouÃ¢â‚¬â„¢re going to be playing out of position on the flop versus an aggressive player with a stack, which is basically suicide.

I advocate re-raising preflop. Make a re-raise of 3-4x the initial raise, as this is just enough to give your opponent fold equity, meaning that they arenÃ¢â‚¬â„¢t automatically committed to the pot because of their initial raise. When you make this re-raise, make sure that you still have plenty of chips behind your re-raise, because if it is only 4x more for the raiser to call your all in, he/she might do it just to gamble.

If you can make a few steals of your own, as well as an occasional resteal, youÃ¢â‚¬â„¢ll be in excellent position to go deep in the poker tournament. Good luck!

Titan Poker Sets The Stage For $2.5M GTD In March