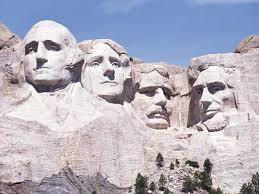 Who is the best online poker player in the world?

This is often a hard question to answer, and one that will assuredly spark a heated debate on any forum. So today I’m going to ask the question in a slightly different way:

If you could choose four online poker players to put on a Mount Rushmore type monument who would they be?

Here are my choices.

Here are just some of his accomplishments:

Since the variance and risk-taking in tournaments require a little more “constitution” and “grit” I’m putting Moorman in Teddy Roosevelt’s spot on the mountain.

One of the all-time winningest players in online cash-game history, Galfond is more of a quiet, thoughtful player, than the chest-beating, over-confident types online poker generally produces. Still, OMGClayAiken and MrSweets28 have had little problem pushing around the competition at Full Tilt Poker and PokerStars over the years, and to this day Galfond is still one of the top online PLO players.

Along with his skills at the poker tables, Galfond has penned some of the most thoughtful blogs on online poker, appeared on TV shows, started two online poker training sites (BlueFire Poker and his new site RunitOnce.com), not to mention winning a WSOP bracelet.

Galfond is a perfect match for the Thomas Jefferson spot on the monument, considering they both preferred to do their work behind the scenes and let others make the fiery speeches (I’m still researching if Monticello had a slide).

Is there any more recognizable name in online poker than Tom “durrrr” Dwan? Dwan isn’t just successful, his legacy is downright legendary among online poker players, and even though he is essentially a live poker player these days he will always be known for his online exploits.

Nowadays Dwan spends most of his time in Macau, but he still finds time to play high-stakes online poker from time-to-time, as well as his “durrrr Challenge” challenge matches; although not quite at a pace some of his competitors approve of!

For being a complete game-changer Dwan gets the Lincoln spot on the Mount Rushmore of poker.

We may not think of Phil Ivey as an online poker player per se, but the man many consider the best poker player in the world happens to also be the biggest winner in online poker history according to the highstakesdb.com website.

Perhaps even more impressive than his near $20 million in winnings is the fact that Ivey doesn’t put in anywhere near the volume of the other players on the list, yet all he does is win.

For these reasons I have to put Ivey in the George Washington spot on poker’s Mount Rushmore.

Prahlad Friedman – “SpiritRock” was one of the first rock-stars of the online poker world, tearing up the Ultimate Bet and PokerStars tables during the heyday of the Poker Boom. Unfortunately, a regrettable decision to sign with Ultimate Bet (a site that cheated him out of hundreds of thousands of dollars) turned Friedman from hero to goat in the eyes of many online poker players, and probably kept him from bumping one of the players listed above.

Bertrand Grospellier – “ElkY” was one of the first WoW players to transition to online poker, taking his ability to multi-task and essentially creating the high-volume, multi-tabling poker player. If ElkY continued to focus on online poker he would have surely been in the top half of this column. As much as I wanted one of the “original” online poker players to make the cut, I just couldn’t swap ElkY for Dwan, Ivey, Galfond, or Moorman.

Viktor Blom – “Isildur1” is the new Tom Dwan, and has been since late 2009. While his successes have been fleeting, nobody has created more buzz or more of an aura like Isildur1. Just consider that the 10 largest pots ever played online have only one thing in common: Isildur1 was involved. 10 years from now he may be on the mountainside.

Patrik Antonius – Antonius has crushed online poker for years now, but he has the distinction of being the bridesmaid: second to Ivey in winnings, and second to Dwan in terms of mystique. And once again, it appears Antonius is the runner-up, as I have him as my first alternate.