It has been reported by Fox Business that the World Series of Poker and ESPN have signed a new seven year broadcast deal. The new agreement will become valid as soon as the current deal expires which is the 2010 WSOP. Ã‚Â

Jeffrey Pollack the president of HarrahÃ¢â‚¬â„¢s Interactive Entertainment and the WSOP was quoted in a statement: Ã¢â‚¬Å“The WSOP is proud to call ESPN home for another nine years. This long-term agreement ensures that our content will continue to reach sports fans around the world through a wide variety of platforms.Ã¢â‚¬Â

The new agreement will see ESPN airing a minimum of thirty two hours of WSOP footage on an annual basis. The footage will air on ESPN networks that include ESPN, ESPN2 and ESPN Classic. Ã¢â‚¬Å“We are very excited to continue our relationship with HarrahÃ¢â‚¬â„¢s to deliver the largest, richest, and most prestigious gaming event in the world to fans across a variety of our platforms,Ã¢â‚¬Â Doug White, senior director of programming and acquisitions at ESPN, said in a statement.Ã‚Â  Ã¢â‚¬Å“Poker continues to be a solid ratings performer for us and allows us to continue offering diverse programming to our viewers.Ã¢â‚¬Å“

The new contract has come as a surprise to some as the ratings have been down from previous years. The long commitment by ESPN to air the footage has been questioned by some. In 2008 the WSOP had an average of 1.13 million viewers which was up 15% from 2007. The 2009 WSOP has fallen by 8% from the 2008 numbers. However since the November Nine footage is now drawn out over the summer and not shown until November the ratings tend to go up during that time significantly.

Ã¢â‚¬Å“Despite some recent ratings decline, ESPN remains the strongest possible home for the WSOP. Ã‚Â While other networks may have historically shown ratings blips for airing poker, ESPN already delivers a consistent base of the male demo the WSOP is trying to reach on a daily basis,Ã¢â‚¬Â said Jeff Gagne, in charge of sports buying at MPG. 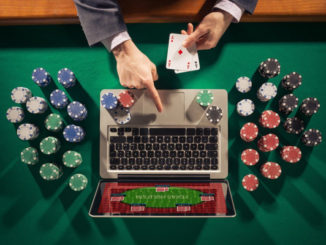