As the World Series of Poker Main Event final table drew closer, a few players who made the final table decided to hire top pros for coaching. According to a recent article at CardPlayer, one such player was Jesse Sylvia. Sylvia hired Vanessa Selbst, a two time WSOP Bracelet winner, to coach him as he took to the felt at the final table.

Selbst competed in the Main Event and was able to remain in the tournament to finish in 73rd place. Selbst was able to spend time with Sylvia during the event and even sat in against other players who made the final table. Selbst commented:

Selbst is no stranger to teaching poker. The pro has been helping players with the game since 2006 and has many years of experience as a cash game instructor. The pro understands the benefits of hiring a coach for the Main Event final table and she commented as such, stating: “You know the investment can be anywhere from a few thousand dollars to up to $40,000 or $50,000 depending on the coach. For a max investment of $50,000 you increase your chance of moving up one more place and you are looking at multiple hundreds of thousands of dollars more. If it helps, you even a little bit, it’s worth it.”

Other players at the final table also hired coaches including Russell Thomas and Jacob Balsiger. Thomas hired Jason Somerville as his coach and was eliminated in fourth place in the event but both Sylvia and Balsiger remain.

Balsiger hired Mike McDonald as his coach for the event. Both Sylvia and Balsiger apparently trained hard and learned from their coaches because they still remain in the event. It will be interesting to see if either player will be able to take home the win. And if so, did the training make a big difference? Action resumes today and we will soon know who the 2012 WSOP Main Event Champion will be!

Greg Merson remains with Balsiger and Sylvia with Merson holding the chip lead at 88.35 million while Sylvia has second place with 62.75 million. Balsiger is last in chips with 46.875 million. 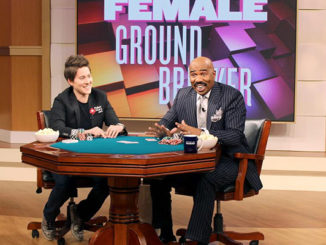