Venetian Las Vegas shocked many poker diehards after it canceled two events with $1.1 million promised guarantees. It was supposed to hold a $25,500 buy-in event on Sunday with a $500,000 guarantee. Players who would have qualified for a payout would get a ticket for Monday’s $51,000 buy-in tournament whose pot had at least $600,000.

The poker card room canceled the two events despite awarding several players entries for the Sunday event. Some people predict that expected overlays prompted it to make that decision.

Many players took to social media to criticize Venetian for calling off the events while the series is ongoing. Its first eight tournaments exceeded their guarantees. But, the $10,400 buy-in event that took place on Friday had 18 players left at the table hence reducing the initial $200,000 guarantee by $20,000.

It had a $30,000 overlay that equaled two players, while last Saturday’s $15,500 event had a $300,000 guarantee. PokerGO stated after the Saturday tournament that the Stairway to Millions initially had 12 events, but The Venetian Resort Poker Room decided to cancel two events.

The Series Has an Unexpected Finish

The Stairway to Millions poker series has a distinct format that allows each player with an automatic cash to proceed to the next step. The $50,000 tournament supposed to take place today was supposed to wrap up the series.

Paul Zappulla beat Stephen Song in a heads-up battle and won $124,500 in Event No.10 which was the last tournament in the series. Adam Hendrix won $37,050 after finishing second in Event No. 9. He was notified while playing that the two final events’ guarantees would be removed.

Hendrix tweeted that the card room offered him cash for his seat. He added that it is unacceptable for it to cancel a tournament’s guarantee whose satellite he had won. Many players supported him.

@nogoodlogan stated that Venetian has horrible poker, and this isn’t its first time making such a decision. Dan Colpoys tweeted that Venetian needs to stop offering PokerGO Tour (PGT) stuff.

Canceling events’ guarantees in an ongoing series is bad form, according to many regular players. The Stairway to Millions series promised more than $2.15 million in prize money in more than 12 tournaments.

Surprisingly, the series ended after 10 events, thus having $1.1 million remaining guarantees. Still, this isn’t the first time that such a disappointing outcome has occurred of late.

Hustler Casino, Los Angeles called many flights remaining on Day 1 this summer while a $250,000 guaranteed event was taking place. The prize pool changed after its chances of meeting the guarantee were reduced.

Such situations are bothersome and discouraging to regular poker players. Yet, this won’t be the last time for such a scenario to occur, especially if there is an overlay.

There are many other examples of a poker room having a huge overlay and accepting losses without canceling events. For instance, The Lodge Card Club ate more than $300,000 overlay in the May Lodge Championship Series Main Event that had a $2 million guarantee. 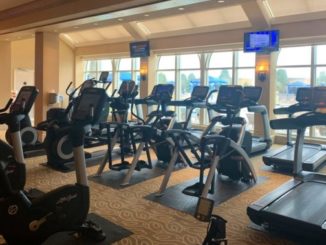 Playing Poker Means Sitting a Lot: How To Stay Fit 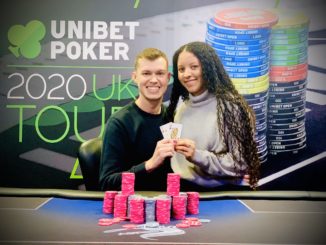 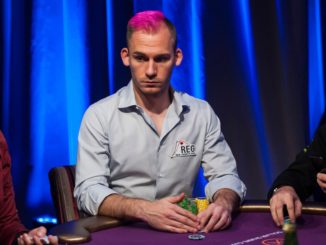 Bonomo Enters Day 3 on Top of The Leaderboard