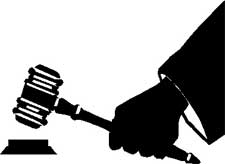 Last week the UK Gambling Commission decided not to grant the Mohawk Council of the Kahnawake in Canada or Antigua access to advertising in the UK via their white list. The UK bans any online gambling advertising except from the countries on the white list. So far only the European Economic Area countries, Alderney, Isle of Man and most recently Tasmania are on the list.

According to the Antiqua Sun, the Antiguan Director of Gaming Kaye McDonald was understandably disappointed in the decision but is hoping that Antigua and Barbuda will be white listed in the future. She did state,

Ã¢â‚¬Å“We are not quite clear about (reapplication) because Antigua and Barbuda was still in the process of submitting information in support of the application when we got a notice that they were going to be putting out this release. So we were a little taken aback by that. However, we understand thatÃ¢â‚¬Â¦ they had to make a decision going forward so that advertisers know who they can engage in a contract, so they are not themselves breaking the laws. But that does not preclude us from going forward with our application.Ã¢â‚¬Â

The Kahnawake Gaming Commission is thinking about taking a different route and in a press release today stated that it may consider legal action. Grand Chief Michael AhrÃƒÂ­hrhon Delisle, Jr. stated on their website that,

Ã¢â‚¬Å“Given KahnawÃƒÂ¡:keÃ¢â‚¬â„¢s long-standing reputation as the world leader in Internet regulatory compliance and enforcement, it is disheartening to receive word that the KahnawÃƒÂ¡:ke Mohawk TerritoryÃ¢â‚¬â„¢s efforts will not be afforded the same consideration that has been extended to Tasmania, which has no such history.Ã¢â‚¬Â

Ã¢â‚¬Å“KahnawÃƒÂ¡:ke has concerns regarding the process undertaken by the U.K. authority and has initiated inquiries to ascertain whether the application was afforded fair and objective consideration-which, at this point, we do not believe was the case.Ã¢â‚¬Â

Kahnawake Gaming Commission has issued over 440 online gambling licenses representing almost 60% of the online gambling industry. There have been some cases in the news involving some of their licensed companies though including the most recent involving Absolute Poker which it fined $500,000 for a security breach that allowed a Ã¢â‚¬Å“superuser accountÃ¢â‚¬Â in which a person was able to see everyoneÃ¢â‚¬â„¢s whole cards and Golden Palace online casino which pleaded guilty to charges of illegal gambling in September of 2007 and paid a $2 million fine.