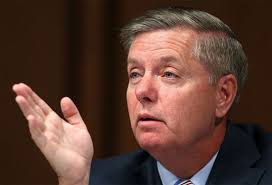 As we reported just a few days ago, US legislators have been working to restore the Wire Act and do away with state regulated online gambling in the United States. A bill was circulating in draft form with the title ‘Internet Gambling Control Act’ and has now been introduced formally as the Restoration of America’s Wire Act. The new bill was created by South Carolina State Senator Lindsey Graham and Utah Congressman Jason Chaffetz.

It was just three years ago that the US government decided to deem the Wire Act of 1961 as applying only to sports betting. This allowed for states in the US to create legislation that would legalize and regulate online casino and poker gaming options, such as the case in Delaware, Nevada and New Jersey. However, now Graham wants this decision to be reversed.

During a news conference on the subject, Graham stated that the decision by the Obama administration has ‘virtually allowed’ every cell phone and computer to become a video poker machine. Graham feels as though this is not right and wants to see the decision changed. A big problem with this bill is the fact that states that already have regulated markets that are fully operation will be affected. A carve out has not been put in place to protect what Nevada, New Jersey or Delaware have already established.

While Graham and Chaffetz have Sheldon Adelson, the CEO of the Las Vegas Sands, working towards banning online gambling, proponents have the Coalition for Consumer and Online Protection. The group has been tirelessly working to stop any bill that is anti-online gambling. As reported in a Card Player interview, Mary Bono, the chairwoman for the group, stated that with a ban of online gaming, black markets would take over and consumers would be less safe in the end.

So the fight continues. For gamblers the hope is that these types of bills will be stopped in their tracks so the iGaming market can continue to grow and expand in the US.

A Stop To The UIGEA? Amendment Set For Thursday