Scott Seiver is an experienced poker player that many players cannot beat. But, Phil Hellmuth believes that he will defeat the pro in High Stakes Duel III Round 5 on August 22.

The Las Vegas PokerGO Studio will hold the tournament at 8 p.m. ET. Poker analysts claim that it will be one of the most competitive events this year as the two poker legends aren’t only interested in the money.

Hellmuth beat Nick Wright, a Fox Sports personality on High Stakes Duel’s third series, in the $50,000 buy-in phase. Even so, Wright had put up a spirited fight before he declined the game thus offering Tom Dwan an opportunity to pay $100,000. Stakes doubled after each round and Dwan faced Hellmuth in Round 2.

Unfortunately, the “Poker Brat” lost to Dwan in the first battle, being his first loss in eight matches on the PokerGO series. But, the 16-time World Series of Poker (WSOP) champion won $400,000 and recovered from his previous loss.

The two players were scheduled to meet in May before “durrrr” got other commitments and Seiver replaced him. He parted with $400,000 while signing up and the “Poker Brat” had a 9-1 advantage on High Stakes Duel thus setting up the $1.6 million guarantee upcoming match.

The Match’s Importance to Scott Seiver

Seiver cannot be an all-time great by playing one more hand of poker just like Hellmuth. But, he still has an opportunity to prove his skills in High Stakes Duel III Round 5.

The same doesn’t apply to Seiver as he needs to win three consecutive matches before cashing out unless PokerGO fails to find a challenger for the $3.2 million Round 6 match. The poker show’s rules state that a player has to win three straight games to cash out unless another player isn’t found to replace them.

Seiver won the fourth WSOP gold bracelet this year and is three years from being eligible for the Poker Hall of Fame. The Hendon Mob shows that he has cashed $25 million in live tournaments. Still, he has an opportunity to take home $1.6 million if he defeats Hellmuth later this month.

Is the Match Important to Phil Hellmuth?

Hellmuth is leading in the all-time WSOP gold bracelet record lost with six bracelets. Yet, some people still criticize his decisions and moves as they don’t consider him to be an amazing heads-up player.

A Round 5 victory would set a 10-1 record on the poker show and it would be a major achievement for him. Yet, he beat Antonio Esfandiari, Scott Seiver, Tom Dwan, and Daniel Negreanu in heads-up no-limit hold’em.

Hellmuth’s legacy is linked to the WSOP. But some people claim that he isn’t the best performer in its history. He is the best in live heads-up sit-and-go games and is 9-1 on the High Stakes Duel.

The poker pro won a 64-player event, the 2005 NBC Heads Up Poker Championship, and lost the 2013 championship to Mike Matusow. His accomplishments will continue attracting loud critics. 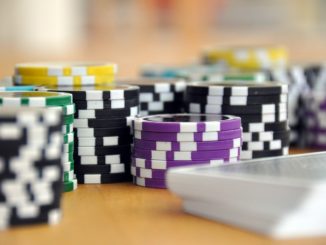 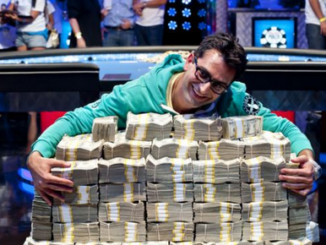