New Jersey is one of three states in the US that currently offers online gambling options. Players can participate in both online casino and poker game play via a variety of brands including WSOP, 888, the Borgata, Golden Nugget, and more. The gross revenue reports were just released this week for the month of August, showing the online gaming sites were able to surpass the $20 million mark for the sixth consecutive month, further demonstrating how well New Jersey’s iGaming industry is operating.

For August, the online gaming revenue numbers came in at $21.3 million. August marks the 6th month in a row where the iGaming sites have been able to reach the $20 million mark. $20 million seems to be the new normal for the industry, as online casinos and poker rooms continue to see traffic from residents of the state as well visitors.

The Golden Nugget has continued to be the top earner for the state but this time, the brand revenues were down slightly to $5.2 million for the month. While lower than the previous month, the Golden Nugget was still in the lead by a major margin when compared to other operators of online casino gaming.

Caesars managed to claim the number two spot for the month with $4.4 million in earnings. This was surprising as Caesars was last in revenue earnings for July. August totals also marked only the second time in which the brand was able to move past the $4 million mark.

MGM recently launched their online casino site, playMGM, which helped the Borgata to earn $500,000 more for August, but it was still not enough for the brand to claim the top spot. It is important to note that many felt the MGM launch would see an oversaturation in the online gambling industry of the state. The increase in earnings show that there is room for MGM as well as perhaps others to operate in the state.

Overall, online gaming was up $21.3 million with online casinos bringing in $19.2 million of that amount. This was a 3.3% increase month over month and a 38.1% increase in year-over-year totals. For online poker, $2.1 million was earned which is a 3.7% increase from July but a decrease when comparing YOY totals. 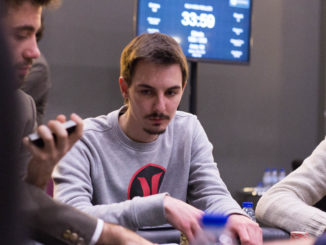 Will California Enter US Online Gambling Market in 2014?