Last week, Senate Bill 203 was able to advance after the Senate Regulatory Reform Committee voted in approval of the legislation with a vote of 7 to 1. The bill would allow the state of Michigan to offer online gambling including the game of poker.

In 2016, the state saw legislation introduced to legalize and regulate online gaming but the bill was never able to gain any traction. This year, SB 203 seems to be gaining ground and is being pushed by Senator Mike Kowall. The bill was expected to pass in committee due to Kowall as well as the co-sponsors of the measure making up the majority of the Senate Committee.

If the bill is able to become law, commercial casinos as well as tribal gaming venues would be allowed to offer online gaming sites. It is believed that an online gambling market in the state could produce over $300 million in revenues each year once matured. The goal is to assist the gambling market of the state, an industry that has grown stagnant over the past few years.

Currently, the land based gambling market for the state earns around $3 billion from commercial casino gaming and tribal venues combined. The state currently offers online lottery ticket sales, which began in 2014. For the past four years, the state has tried unsuccessfully to begin offering online casino and poker games.

Currently, there are still only three states that offer online gaming in the US; Nevada, New Jersey and Delaware. Other states have shown interest over the past few years with legislation proposed but no state has yet been able to pass a bill into law to join the three states in offering online gambling activities. Since the beginning of 2017, we have seen several states introducing legislation or discussing the industry. Along with Michigan, such states as New York, Pennsylvania, Hawaii, California, Massachusetts and New Hampshire have shown promise. 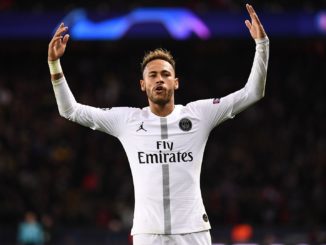