GGPoker has announced signing up Jason Koon as their newest global brand ambassador. Jason is a well-known high roller with earnings of more than $32.5 million from live tournaments.

By becoming the brand’s ambassador, Jason joins other members of the team, including Dan Bilzerian, Bertrand ‘ElkY’ Grospellier, Fedor Holz, and Daniel Negreanu. All these are high roller professional poker players with several titles up their sleeves.

Koon stands out from other ambassadors for the specific tasks he will oversee. He is tasked with improving the security and integrity of games on the GGPoker. Koon will also represent high-stakes and high-volume players.

GGPoker signed up Koon to improve its market positioning. The site is looking to establish itself as the leading online poker operator. GGPoker and PokerStars are competitors, always striving to take the coveted leading position currently held by the latter company.

Koon Is Perfect for His New Role

Jason is often described as the nicest high-stakes poker pro player. He has invested in his reputation, which he enjoys in the poker community. This alone makes Jason the perfect fit for his new role with the poker operator.

Moreover, Jason has a huge poker audience across the globe. He holds 10th place in the All-Time Money List thanks to successes from the super high-roller tournaments Jason has played over time. Koon has cashed in eight seven-figure amounts and many six-figure earnings, making him one of the most successful players on the circuit.

GGPoker took it to Twitter to welcome Jason. Alongside the tweet was a beautiful video featuring Jason talking about his role and partly about his family, including a newly born baby. One of the things he mentioned in his part of identifying players cheating in the game using software.

Jason did not hide his excitement. Through a press release, Jason said he was excited to join GGPoker just when it was taking a leading role in the poker community.

He also said he was happy to be able to help with player advocacy and game security. According to Koon, this will ultimately make the poker room a better place to play his favorite poker games.

Jason Was a PartyPoker Ambassador

Jason was a PartyPoker ambassador for four years. That deal ended earlier this year, opening new opportunities for him. Giving a statement for PocketFives, Koon said he was frustrated at PartyPoker for the brand did not offer better or updated software.

In line with that, Koon said he was excited to join GGPoker, mainly because the brand is ready to improve its software and offer the best experience for players. GGPoker recognizes the value Jason can bring to the table. As a successful player and a reputable high-stakes community member, Koon will link the poker room and a prized player base.

One of the things Koon will be responsible for is ensuring VIP needs are heard and addressed to the core. Although most of his work focuses on VIP and game security, Jason will play another role.

As a team member of the ambassadors, Jason will also increase the poker room’s visibility during various events in the world. Jason usually features in many high-stakes games around the globe. Thus, his role in increasing GGPoker visibility is something he will excel at. 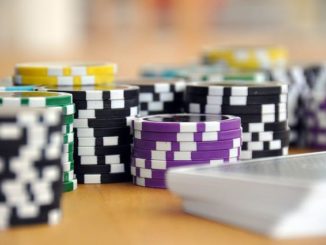