The GGPoker Super MILLION$ ended on November 1. It had 174 entrants who formed a $1,740,000 prize pool. But, over $1.4 million of the pool was shared among the final table qualifiers. Oliver Weis was the last man standing in the tournament as he won the title and $353,673.

spaise411 had the second shortest stack when he reached the final table. Still, he was the first finalist to leave the event. The player used ace-ten to make a 469,596 chips open shove with blinds at 25,000/50,000/6,000a from under the gun and folded three finalists.

Ravid Garbi used king-queen to call from the big blind. Both players didn’t improve and Sirichuk exited the tournament in eighth place.

Johannes “Hazes” Straver placed 560,000 in a three-bet remaining with pocket sixes from a small blind and 94,012 chips when Vladimir Minko used pocket sevens to make a 140,000 min-raise. But, the latter set the former all-in prompting him to call. Unfortunately, he didn’t catch up and finished seventh.

Weis called in the cuttoff and Garbi made a 160,000 min-raise thus eliminating joyeux in sixth place with $104,813. Joyeux used ace-queen to make a 932,635 al-in squeeze while Garbi used pocket jacks to shove and Weis got out of the way after folding ace-eight suited. joyeux’s run ended after Garbi’s jacks dominated.

The former’s queens were a favorite in the pre-flop, and odds appeared to favor him. He flopped top set, and it turned out as all clubs as Weis had ten of clubs.

Nikonorov urgently required the board to give him quads or to pair after a jack of clubs turn. Unfortunately, the river bricked and sent him packing.

The remaining four finalists put up a spirited fight for almost an hour. Garbi used pocket queens to make a 240,000 min-raise.
Weis used king nine to jam while Garbi called off 2,050,037 chips. The former paired a king on the flop that ended the latter’s run in fourth place.

Weis snap-called, and Parssinen got an ace queen. The former turned a full house after getting pocket kings.

He got a huge advantage over Minko in that hand as they clashed in a one-on-one match. Weis used ace-king to make it 280,000 on the heads-up play’s fourth hand, and Minko used the dominated king-ten of diamonds to three-bet 910,000 chips.

Weis shoved all in, and Minko called off his remaining 2,848,721 chips. The former flopped an ace and required a diamond flush draw. He faded it and defeated Minko, sending him home with $277,310 as the runner-up. 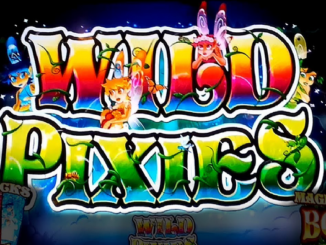