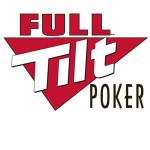 Players in Regulated Countries May Now Transfer Funds to PokerStars

The most important announcement was that players in some countries can now access their funds.  Players in Belgium, Denmark, Estonia, France and Spain can now request a transfer of their funds to the PokerStars client that services their country.  This is now available because Full Tilt Poker will not operate in countries that require licensing as there is no reason to go through that expensive and time consuming process since PokerStars already operates in all of these jurisdictions.  Italian players will not be allowed to play on Full Tilt Poker but there is not yet an agreement between PokerStars and Italian regulators so those players must wait.

When players log into Full Tilt they will be able to see their balance, even if they are not in a regulated country.  U.S. players are excluded from this since their balances will ultimately be refunded through a remission process through their government.  The only players that can do anything with their balance before November 6th are players in regulated countries mentioned already.

Players in these regulated countries will need to go through a pairing process.  This process requires a PokerStars account.  If a player does not have one they will need to set one up.  They will then receive a code that will be used while logged into their Full Tilt Poker account.  The entire detailed process can be found here.

Full Tilt has launched play money tables to test the software for inevitable bugs and the game servers for load.  Full Tilt is encouraging all players to test out the software to help them find problems so that they can be corrected before the November 6 real money launch.  Players will have to accept a new set of terms and conditions to play.  U.S. players are welcome to play in the play chip games.

Full Tilt Poker is offering several promotions to encourage players to play as opposed to cashing out their chips.  The largest promotions is the Deal Me In Bonus.  This bonus is based on a player’s action and will be at least $200.  Players have until December 2nd to claim the bonus.  Once claimed, the bonus clears at a rate of 25 FTP Points for every $1 in bonus.  This bonus clears 50% slower than the clear rate for previous Full Tilt Poker bonuses.

There is also a Deal Me In Freeroll series.  There will be ten freerolls held daily.  All a player has to do to qualify to play in the freerolls is earn a fraction of an FTP Point at some point in the previous seven days.  Play during the last week of Full Tilt’s previous existence in June 2011 will count towards this requirement.  The freerolls start on November 6th with a daily prize pool of $1000.  The prize pool goes up $1000 each day through November 10th.  The last freeroll day will be November 11th and the prize pool will double from its previous day, making the prize pool $10,000.

The Full Tilt Poker manager announced several new updates and answered many player concerns in a Two Plus Two post today.  Some of the new features are improvements of the existing Full Tilt software, while others were either in development when Full Tilt closed, or were suggested by players since the announcement that Full Tilt would reopen.