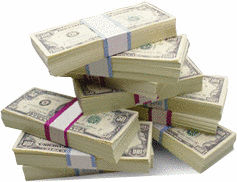 Casinos that host poker tournaments must ensure that the event goes off without a hitch. This means having enough seating for players, taking up buy-ins, setting out accurate chip stacks, etc. It is rare for a casino or gaming venue to have issues with the logistics of a poker event, but it does happen. Hialeah Park of Florida now may face stiff penalties after a tournament taking place in August saw the numbers not adding up.

The event saw the prize money coming up short, the chip total being too large and players quickly complained. The Florida Division of Pari-Mutuel Wagering began an investigation after learning of the complaints and were able to find 11 violations. A report was issued on the 29th of December of the irregularities and most involve accounting issues.

Hialeah Park has until the 18th of January to appeal the findings. If the casino does not appeal, penalties will be issued. The punishment could be as simple as a fine or see the suspension of the park’s gaming license. The officials of Hialeah Park have yet to comment on the findings.

According to the state report, managers of the Hialeah card-room allowed extra players to compete, as an undetermined number of players did not register via the casino cashier. The number of players allowed to join in this manner created additional competition but did not increase the total payout in the process.

As poker tournaments normally update the priez pool total as well as number of players that remain, the Hialeah numbers just didn’t add up. This is how the discrepancies came to light. Players noticed that the prize pool was at $215,000 but 1,061 players were competing. This should have created a prize pool of $265,250. But the officials of the event said, there were only 961 entries.

It was also noted that the poker managers put players in specific seats instead of placing random opponents at the tables. Surveillance video footage was reviewed and parts of the poker room were not covered, including the money areas. Those who held positions at Hialeah Park during the event and were involved in managing the event have since found employment elsewhere.