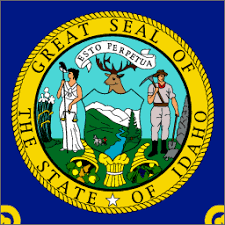 The state of Idaho is one area of the United States that does not offer poker gaming. Idaho is home to casino game play but according to the constitution of the state, poker is not allowed. This is did not stop the Coeur d’Alene Tribe from planning on providing poker to their casino patrons. This past Friday, the tribe was set to begin offering poker game play and on the same day, the Attorney General of the state Lawrence Wasden and the Governor C.L. ‘Butch’ Otter filed a lawsuit in federal court to stop the casino from offering poker gaming options.

The tribe was planning on offering two variants of poker; Omaha and of course Texas Hold’em. In the lawsuit, Otter and Wasden stated that the tribe was violating the Idaho Constitution as well as the gaming compact the tribe had signed. According to the Indian Gaming Regulatory Act, the tribes are only allowed to offer games that are legal in the state of operation. The game of poker is not legal in the state of Idaho.

In a statement, according to KBOI2, Otter responded to the casino’s efforts by stating that it is his duty to ‘enforce and defend the constitution and the laws of Idaho’. Otter stated that despite the discussions with the leaders of the tribe and the efforts to avoid this type of situation, there was no choice but to act. Wasden stated that he backs the governor’s decision and shares in his beliefs that the state-tribal compact prohibits poker of any kind.

The tribe does not believe they are violating the compact with the state. Officials of the tribe feel as though poker is a game of skill as players are competing with each other, with no house back associated with the gaming. Officials of the casino believes that they are losing out on customers to nearby commercial card rooms and tribal casinos in Washington state that offer poker and other games.

Purple Lounge is Under New Ownership