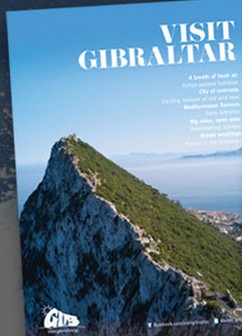 Recent confirmation that the United Kingdom plans to go ahead with plans to increase the tax assessment against remote online gambling sites serving UK bettors has many of the targeted online sites up in Gibraltar, the “Rock” territory near the entrance to the Mediterranean sea that juts out from Spain’s southern coast.  Tiny Gibraltar, all 2.6 square miles of it, has been a British protectorate for centuries.

These days, in addition to being the home of a feisty, feral pack of macaque monkeys, the so-designated British Overseas Territory is also home to a feisty, feral pack of British online gambling firms who relocated their corporate offices their to take advantage of a 1% online gambling revenue tax rate set up several years back by Gibraltar’s mostly autonomous government.

That tax shelter arrangement has resulted in quite the windfall for the major British gambling firms who’ve rented office space there, including bwin.party, William Hill, Ladbrokes, Betfair, Mansion, Stan James, Corals and others among the 25 or more firms incorporated there.  When one considers that the domestic tax rate in the United Kingdom on gross gambling revenues is 15%, it’s obvious how huge and profitable the arrangement has been.  That 1% figure is also a maximum, since the actual cap is £425,000 (about $660,000), meaning that anything these companies rake online annually over $66 million is tax-free.  Overall, the Gibraltar arrangement is really more like a 0.1% tax for the industry’s biggest players.

Such a gross inequity is why the United Kingdom is changing its policy, years after it opened the doors to online gambling in general.  There’s been a general shift among nations worldwide to demand that gambling and tax revenues be based on the residency and citizenship of the gamblers, rather than the location of the gambling sites, and that’s a battle that’s been going the way of the various jurisdictions as well.

Back in the middle part of the last decade, there were numerous European Union-based legal scuffles over online gambling matters, since online commerce was among the trade areas specifically covered by EU trade agreements.  Most of the EU countries responded by saying, “Tough, we don’t care.”  In a general situation very reminiscent of the United States’ ongoing World Trade Organization skirmish with the tiny island nation of Antigua and Barbuda, EU nations lined up to wall off their potential gambling customers from the rest of the EU and world.

Fast forward from last decade to last week, when the UK’s HMRC (Her Majesty’s Revenue and Customs) announced that plans to implement the remote-gambling change, bringing it up to 15% to match the domestic fee, would go into effect in December of 2014.  The proposed change was first announced in 2012, and since then, the HMRC has met with the various Gibraltar-based firms and many others in the hopes of installing an equitable functioning solution.

It’s big bucks for the United Kingdom, to be sure.  Several reports tab the expected revenue windfall, as projected by the HMRC, at £300 million (about $465 million) annually.

As the Daily Mail duly reported, the UK probably needed to address the situation.  According to Sajid Javid, the UK’s Economic Secretary to the Treasury, ‘It is unacceptable that gambling companies can avoid UK taxes by moving offshore, and the Government is taking decisive action to ensure this can no longer happen in the future.  These reforms will ensure that remote gambling operators who have UK customers make a fair contribution to the public finances.

Obviously, the firms thus targeted would be expected to squawk about it.  The NY Times recently reported some of that pushback in this piece, “British Plan on Taxing Gambling Annoys Many in Gibraltar.”  The piece includes a couple of pissy quotes from affected parties, worth noting.

From Ladbrokes’ Gibraltar head Steve Buchanan, … “a huge and unwanted cost on our business.”

And from Gibraltar’s gambling commissioner, Phill Brear,  “… clearly against the common-sense logic of electronic commerce…. We now hear a lot of talk in the U.K. about creating a level playing field. But you can in fact never level the field between high-street shops and online services.”

That last one has a whole big chunk of red herring in it.  Brear’s right, the field between high-street shops and online gambling can never be levied, but it’s tilted the opposite way than he hoped to imply: Once initial setup costs are covered, maintaining those public betting shops costs much more on a per-revenue basis.  And yet right now, they’re taxed at least 15 times as much.

There’s no doubt that the Brits are tired of seeing all their vaunted gambling firms fleeing to Gibraltar, and as the NYT piece duly notes, roughly 60% of all UK betting is being done online.  The HRMC’s soon-to-be-actualized proposal and summary of resposnses (downloadable here) contains some stiff penalties — fines, suspension and/or loss of license, and possible criminal penalties of up to seven years for unrepentant violators.  Thus will the UK expect its gambling firms to return to being actual UK firms.

Those firms aren’t pleased by the prospect.  Several of the Gibraltar-based gambling companies have declared a plan to join forces and resources and mount another European Union-focused legal battle.  Maybe that’ll involve the EGBA, which includes several of the Gibraltar firms, or maybe not.  The last time the EGBA went to the EU over such matters, the EU agreed, but it was still a whiff — the walling off of the various European countries continued uninterrupted.

And all of the legal wrangling circles around the greater argument at the root of it all — whether gambling revenue should be taxed based on the corporation’s or player’s location.  Given that these UK firms have fled the UK in large part simply to evade the domestic tax while still serving UK players, it’s an argument right there that the current system isn’t working.  Tax haven shopping is a time-honored business tradition, but it’s gotten out of hand.

Shifting over to the US for the moment, where the push toward online gambling continues at a slower pace, these questions are also being asked.  For those states quietly exploring interstate gambling compacts, including Nevada, New Jersey and Delaware, the widespread advance recommendations are already in place that tax and revenue agreements should be shared based on the player’s residence, and not where the gambling servers are located.  Expect that to be the general rule whenever the first compact agreements within the US are signed.

Eventually, though it’ll be a long time in coming, perhaps decades, expect the same thing in the EU.  A tax-rate model based on player’s residency — and with each participating country choosing the rates at which its own players are assessed — is probably the only viable long-term solution.  That means that tax havens such as Gibraltar will be necessarily short-lived, even though the firms that have moved their now are reaping tens of millions extra annually for the meantime. 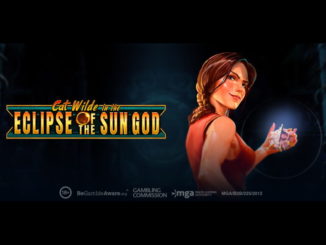