Just a short time ago, poker pro Erick Lindgren was living the high life, with a lucrative poker career and the title of ‘Everybody’s All-American’. However, after Black Friday, information about Lindgren began to surface and it soon was clear that the pro had a gambling problem. Bluff Magazine recently interviewed Lindgren while he was spending a few weeks in a California rehab center. The pro opened up to the magazine about his gambling addiction.

Lindgren spent two weeks at the facility which is located in Newport Beach, California to work on his gambling addiction. Lindgren stated in the interview: “I’ve had a gambling problem for a long time and I’ve finally got the opportunity to address it.” Brian Balsbaugh, the pro’s agent, got him the stay at Morningside Recovery after a mutual offered to pay for the stay so Lindgren could get the help he needed.

Lindgren commented: “They told me that there was a place like Morningside that was doing this and that if I wanted to get things right and do things the right way, I could check myself in and after some long thought and checking my ego at the door, I came here.”

Lindgren’s downhill spiral is not necessarily based on the game of poker. the pro started to see a problem away from the poker table. It was during the 2011 football season that Lindgren lost a ton of money wagering on games and it was at this time that several friends as well as Lindgren’s wife, Erica Schoenberg, who convinced him that rehab was what he needed.

In the interview with Bluff, Lindgren stated: “I’d had a really tough year; I lost way too much money in football last year and couldn’t pay some fantasy football bets at the end of the year. I owed people a bunch of money, and it’s something that I’ve been working on for a long time, but definitely slipped up, made some really bad mistakes and I needed to address that.”

It was in March of 2012 that things really started to go bad for Lindgren. Max Weinberg took to the poker forums at TwoPlusTwo and posting under the name “$kill Game” called Lindgren out for not paying up a Fantasy Football wager. This caused a major thread with more posters coming forward stating that Lindgren owed them money as well.

Lindgren states that he has not read the entire thread but does owe around $100,000. The pro stated: “I’ve never been on TwoPlusTwo. Once in a while, I get a link from a friend on Skype or whatever, so I can’t say I haven’t opened it but I’ve never flipped page to page to page and seen all that. I definitely owed some guys after fantasy football and, lots of times as a gambler you get caught up in a circle of trying to collect the money that’s owed to you and redistributing it to people you owe. Due to Black Friday and other things, it was a really bad time for everybody so people that owed me money weren’t paying me and in turn I turned into a liar for not paying those people and I feel really bad about that.” 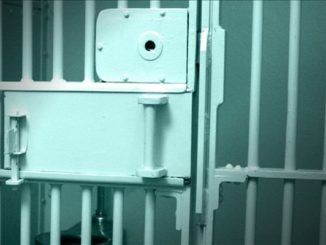 ‘Habitual’ Gambling Problem of a Former K-Pop Taken to Court