There are high rollers, and then there are super high rollers. The latter had a chance to participate in a tournament targeted only at them called Caribbean Poker Party $250,000 Super High Roller Championships. In other words, to take part in this tournament, you had to by yourself a place which costs the aforementioned $250k. Steffen Sontheimer was one of the lucky players not only to get a return on his investment but earn a lot more. In fact, he managed to snatch $3,685,000.

He was the chip leader during the whole day and gave us some outstanding poker hands. He was able to play well against some of the best poker players in the world. Sean Winter was his opponent in the heads-up play, which was also an unexpected turn of events. It’s really impressive that Winter managed to get second place instead of all the other players who were favourites.

Sontheimer now officially managed to earn the biggest live cash in his life. However, this is not his first seven-figure sum. His second largest sum was at 2017 Poker Masters, where he managed to win the event which required a buy-in of $100,000 and earned more than $1.5 million. At this moment, Sontheimer has earned more than $12.5 million in live tournaments. This all wouldn’t have been as excited if we didn’t know the fact that he is only 28 years old. In other words, the young player from Germany has a really shiny career as a poker player ahead of him.

The last day began with six players coming back to the table. All of them were pretty nervous because the stakes were really high, and only four out of those six would be able to cash out. The first player to hit the rail was Isaac Haxton. He had a jack-ten of diamonds in his last hand and managed to flop top pair with a flush draw. Finally, he managed to turn a straight only to face two pairs from Sontheimer.  He was soon followed by Nick Petrangelo, who had a really good start but did not manage to keep up. He moved it all in with an ace-king of the same suit only to face the pocket jacks that David Peters had.

The fourth place and a sum of $710,000 were reserved for Mikita Badziakouski, and David Peters ended up third, winning $1,420,000. Heads up play was expected to be long and boring, as there were more than 200 big blinds in play. However, that ended up only a couple of hands after, when Sontheimer decided to go all in with an ace-king. Winter decided to follow with his ace-queen, and that was the end of the play for him. As a second placed player, he earned a total of $2,430,000. 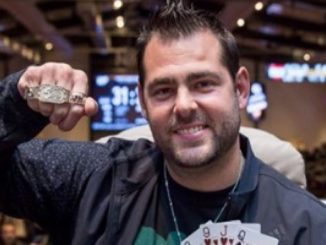 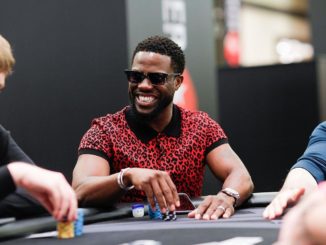