A criminal investigation that got started two decades ago has finally come to a close on Monday. Martin H. Tankleff has been released following a very lengthy prison stay, and has accused others of Ã‚Â  the crime. 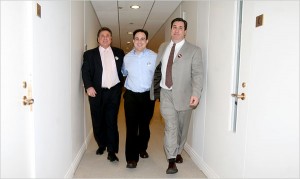 The state has agreed that “there is some evidence that others may have committed the killings.”

Tankleff’s parents, Arlene and Seymour Tankleff were both slashed and bludgeoned on September 7, 1988 in their home.

Tankleff was 17 at the time later a jury convicted him of the crime in 1990, their conviction was based largely on a disputed confession that the police had written but that he repudiated and never signed.

Tankleff wasÃ‚Â  sentenced to life in prison for the murder of both of his own parents. The state attorney general’s office said that they would not be retrying Martin H. Tankleff for the murder of his parents.

They concluded that evidence wasn’t solid enough to prosecute and Tankleff convictions got overturned in December after he had already spent 17 years in prison. The developments cam in Suffolk County Court where the attorney general’s representative filed a motion to drop the original indictments against Tankleff “in the interests of justice”.

The judge, Robert W. Doyle reserved his decision and both sides said that they expected him to grant the motion. “It’s 20 years overdue”, said a smiling Tankleff, who is now 36 years old at a news conference after the court proceedings. “I’m just looking forward to getting on with my life”.

Because of the court proceeding he ended up missing the first day of summer classes at Holfstra University where is studying to become a defense lawyer. The State’s findings disappointed Tankleff and his supporters on two major fronts. The state didn’t fully exonerate him but instead said that there was “some evidence” of his guilt, but not enough to convict him.

Unless additional new evidence arises the investigation is now complete, according to a state official. A separate inquiry of the entire case is now pending at the State Commission of Investigation but it doesn’t have prosecutorial powers. When Tankleff was asked about the possibility of a civil suit he said, “This isn’t over for us”.

One of his lawyers, Bruce A. Barket said that although there hasn’t been a decision made about suing either the county, or the law enforcement agencies or the men that they believe committed the crimes. They are sure that Tankleff “certainly deserves compensation” for 17 years of wrongful imprisonment and his fears that he wouldn’t ever be free again.

While Tankleff was in prison he filed a series of appeals and in December the Appellate Division of State Supreme Court in Brooklyn unanimously overturned the convictions. They said that a jury would probably acquit Mr. Tankleff if they heard of the extensive new evidence that implicated his father’s embittered partner and three convicts, most of the new evidence cam from a private investigator.