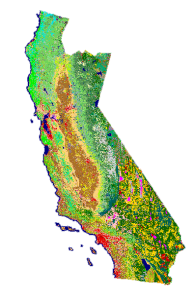 On Wednesday afternoon, the California Assembly Governmental Organization Committee met to discuss AB 2863, an online poker bill introduced by Assemblyman Adam Gray. The bill would regulate online poker within the state and has two caveats that could help the state actually progress into passing the measure into law. During the hearing, the committee passed the bill unanimously.

Adam Gray commented that it is known that residents of the state play the games online every day on websites that provide zero consumer protections. After several revisions and meetings with stakeholders as well as consumer advocates, there are two key issues at hand, according to Gray. The horse racing industry and suitability have been issues of contention in the past. Gray stated that the horseracing component has now been settled and suitability is being negotiated.

There are those who are in favor of PokerStars being allowed to operate in the state, such as members of the PokerStars Coalition like the San Manuel Band of Mission Indians but also tribes that are still opposed. Morongo Tribal Chairman Robert Martin, stated after the hearing that the milestone vote marks a strong step forward for the state to be able to create a regulated online poker market where vital consumer protections are created. The Morongo Tribe are also supporters of PokerStars.

For the bill to move forward and become a law, it must be approved by the California Assembly with a two-thirds majority vote. If this happens, the measure would then go to the Senate.