The accusation was laid out over the last few days, in fact, we covered it here briefly yesterday Rule breaking by a group of Full Tilt Poker’s pro’s, Brian Townsend, not Brian Hastings, we’d like to first clear up any confusion and make that clear.

That means the guys Full Tilt Poker has hand picked to represent their online poker website could very well be cheating the very customers that support them. 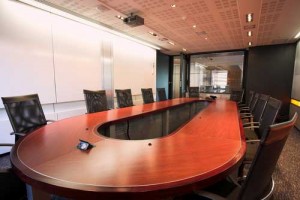 In short, they admitted to at the very least colluding by sharing their hand histories in effort to gain an edge over isildur1. In fact, the rumor is that Full Tilt Poker has removed Brian Townsend’s pro status for one month for his alleged part in the alleged $4 million dollar collusion ring.

Who knows how often this sort of thing is done, or how many get away with it on a daily basis, or if there’s even a way to track team poker play against individuals on a day to day basis (commonly coined collusion). However when $4 million is removed from the coffers of a customer (isildur1) poker players tend to take notice.

ESPN first blew this story wide open, without even knowing it. Kudos went out to them from across the web. Whether it was people that agreed that isildur1 was cheated robbed, or people that assume everyone breaks the rules so no one, not even the online poker sites own representatives should have to follow them, everyone knew that Brian Townsend said in an interview that he and the boys at Card Runners (3 Full Tilt Poker Pro’s) worked together to bust isildur1.

“Hastings had played Isildur1 three times previously, so he, Townsend and Cole South conglomerated their hand histories, allowing them to study the mystery man’s playing style.”

In that same article, the author brings up one player per hand rules… in defense of… The Cardrunners Three.

There are some who are bringing into question the validity of the work the CardRunners guys did in conjunction with one another. Cries of “One player per hand!”

He goes on later in the interview to point out that:

“By working together, this poker study group has put the pieces together quicker than ever, but in the new online age, improving efficiency is almost always the priority.”

See what they gain by working together like this, is a look at many more hands that ilsidur1 mucks. When you play online poker, and the hand goes all the way to the river, you get a peak at your opponent’s hole cards after the hand, even if he mucks them. When you’re just rail birding, or observing a game you’re not playing in, you don’t get to see those cards. Pay to see ’em as they say…

Brian chimes in:
“At that level, to be successful, you really have to take advantage of the little things,” Hastings added. “They can help make the difference. That’s why [the off-table analysis Townsend has been doing] is so important.”

Where do we draw the line here however? A player in any sport looking to face a strong opponent would be heavily criticized if he did no due diligence. It is expected that every player do his best to look into other players. Using their own tools, insight and information to guide them.

In his response to the poker communities “pitchforks and torches calling for the hangings of the two Brians.” Wise of ESPN assures us that “I spoke to Townsend and he informed me all of his actions were within the rules of FTP, mentioning his use of the presently sanctioned Hold’Em Manager.”

After making this statement in this 2nd article, it seems as though Wise begins to set off smoke bombs, while walking through the house of mirrors.. Just like magic, the article changes, and the UIGEA becomes the topic.. Banks, and Customer service were mentioned, the legalities of poker in the United States and whether or not banks are enforcers…

He mentions diligently that Full Tilt Poker is a major supporter of the Poker Players Alliance, and he points out that … “like the banks, the players aren’t in the business of enforcement.”

In his final paragraph, Mr. Wise felt the need to point out that he is not saying cheating is ok..

In a perfect world, we’d recognize the realities of what the advances in person-to-person communications mean to the online game and change the rules accordingly. That’s not going to happen though. Admitting reality might scare the fish away. You can’t touch the bottom line.

For those online poker fans that weren’t following this story, we bring you a paraphrased recap from PokerBloggs.com

In that article the author speculates that perhaps the reason Hastings dropped his backers just prior to this match is because he was stacked in part by the other 2 of the Musketeers, Brian Townsend and Cole South.

Mr. Hastings defends his teammates on his blog in the following quote:

Ã¢â‚¬Å“I wanted to clear up some allegations about Brian Hastings, Cole South and myself.Ã‚Â  First Brian H. Cole S and myself never colluded.Ã‚Â  Collusion is nearly impossible HU but there was always one person playing and never any ghosting occurring.Ã‚Â  In fact the only person to break the T&C of FullTilt Poker was myself. I had about 20k hands of play on Isildur and I acquired another 30k hands.Ã‚Â  This is against the T&C of FullTilt Poker and because of this violation I am going to have my red pro status suspended for one month.Ã¢â‚¬Â

This is an automated response to confirm we’ve received your email, and a representative will respond to you as soon as possible.