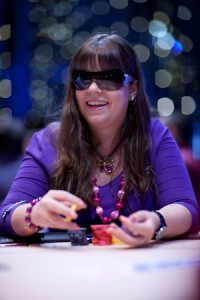 Event #4 of the 2010 Aussie Millions was a $1,100 Pot Limit Omaha tournament and one hundred and sixty players registered to compete. It was Annette Ã¢â‚¬ËœAnnette_15Ã¢â‚¬â„¢ Obrestad who would outlast the field of competitors to take down the title win. With the win Obrestad would become the first woman to become an Aussie Millions Champion.

Obrestad would begin final table play third in chips and she would continue to dominate until she claimed the $40,000 AUD first place prize. When final table play began Michael Sampieri would be the first to go when he faced Billy Seri. Just a few minutes later Tony Bloom would go out after going up against Obrestad.

Paul Taylor would be eliminated next and Emad Tahtouh would be next, knocked out by Obrestad. Con Angelakis would be eliminated in fifth place and then Obrestad would be at it again when she knocked out Oliver Gill in fourth place. Ryan Gutch would be the third place finisher after going up against Obrestad. Obrestad pretty much took out most of the competition at the final table to face Billy Seri in heads up play.

In the final hand Seri would hold K-8-J-9 against Obrestad K-J-J-2. ObrestadÃ¢â‚¬â„¢s jacks would hold up on the A-9-A-2-10 board so Seri would be eliminated in second place. Obrestad would then become the winner of the Aussie Millions event solidifying her status in the poker community as she became the first woman to become an Aussie Millions Champion. 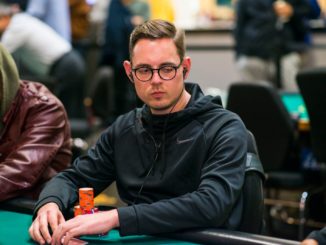