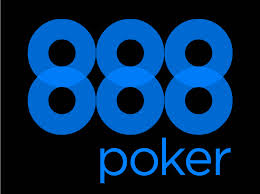 As the New Year as just begun, online poker sites in the state of New Jersey are busy creating promotions and online tournament action to bring in even more poker traffic. PartyPoker and WSOP.com are currently holding the top spots but 888Poker is beginning to gain ground. 888Poker has just announced they are now offering a new promotion which will see players earned 80% rakeback for the next three months. This new offering is sure to be enticing to players and a great way to build traffic at the site.

Players will be able to take part in this generous rakeback deal by staking $500 in one day from now until the last day of January. Players who stake this specific amount or more in a one day time frame will be eligible for 80% rakeback of all rake paid from the qualification day until April 30th. Players will earn the large rakeback percentage at the cash game tables at 888Poker New Jersey.

After staking the cash, players will then be sent an email from 888Poker which will be sent from customer support. Since the 80% rakeback deal is good until May of this year, players will be sent a Claim Email every Sunday. This email will state the amount of rakeback earned and will include a link for players to be able to claim the cash back.

The email and rakeback amount will expire within a seven day time frame so players need to be sure to check their email regularly after qualifying for the promotion. It is also important to note that players need to be subscribed to the emails from 888Poker. Without subscribing, you will not receive the appropriate information.

With this promotion, 888Poker may give both the WSOP.com and PartyPoker a run for their money. The rakeback offer is very generous and can be taken advantage of by new and existing players. New players can also receive sign up bonuses for joining the site.