However, the tournament also includes plenty of side events, and two of them will be covered in this piece.

Yuval Bronshtein managed to top Event $2: $400 Limit Omaha 8, which was a tournament that had a freezeout format. A total of 123 players applied for it, creating a prize pool of $41,205.

Bronshtein won a total of $7,535 after a four-way deal. Still, it was one of the biggest Omaha 8 victories ever to occur in SHR Poker’s history. The biggest such win was back in 2011 during Poker Showdown.

Yuval Bronshtein has been a professional poker player for a long time. He ended up making a deal with the remaining three players, with Manuel Labandeira scoring the second biggest sum of the tournament — a total of $7,324.

The other two players who made it to the final four were Andrew Edington and Mark Robinson. Edington won a total of $5,867, whereas Robinson received $5,704 as a prize.

Other players who made it to the final table were Steve Pollack, Claudangelo Beaudouin, and Kris Lord.

The last three players decided to strike a deal. Fabian Foster ended up third, winning a total of $143,366. The last player that Fernando Rodriguez had to face was Scott Blackman, who ended the tournament second, winning a total of $200,000 for his effort. When the last three players struck a deal, Rodriguez had 32.5 million in chips, Blackman had 19.75 million, and Foster had 7.75 million.

Rodriguez was eager to comment on his victory, saying that it felt really great. Moreover, he added that he said he would be back. The winner was very optimistic about the entire tournament, saying that he was “going to play everything (he) can.” We’ll see whether he’ll be able to achieve similar success in one of the future events. 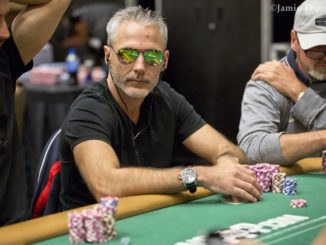 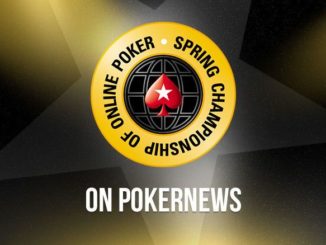