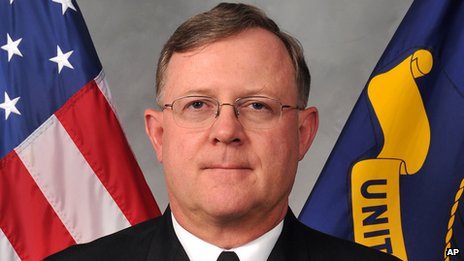 Just over one year ago a case out of Iowa came to light, with details that a Navy Rear Adm. had brought fake poker chips and used them in a cash game at an Iowa casino. The military commander, Timothy Giardina was not arrested or charged with any crime but was under suspicion of having placed the chips into game play. Giardina was removed from his command on suspension in September of last year and the Naval Criminal Investigative Service took over the investigation.

It was almost a month before the story even broke after the incident took place because the military was involved. Now, according to reports, DNA evidence has been found that proves Giardina made the chips that he placed into game play. Matt Wilber is the Pottawatamie County Prosecutor and he stated over the weekend that the DNA evidence found on the chips heavily suggests that Giardina made the chips. Three $500 chips were placed in the cash game that were not valid back in 2013.

Giardina has admitted that he lied to investigators, first stating he found the poker chips in the bathroom before using them and then saying he bought $2,000 in chips from a gambler in the bathroom. He later went back and said he found them again. Even though the DNA evidence has been found, Giardina still claims he had no part in creating the counterfeit chips.

According to The World Herald, the United States Army Criminal Investigative Lab examined the chips and found that the center markings to represent the Horseshoe Casino were scanned or photocopied onto a paper that was adhesive. The paper was then placed on a $1 chip that had been painted to look like a $500 chip. The chips did not have fingerprints that could be lifted but DNA evidence was taken from the back of the adhesive paper that reportedly matches Giardina.