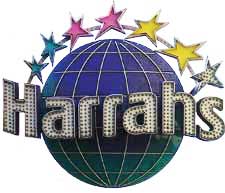 The sale of Harrah’s Entertainment to private-equity firms Apollo Management and TPG Capital was approved this week by the state of Nevada. A big step in getting all the approvals needed from dozen of different regulatory boards in the states and international locations where Harrah’s operates to bring the sale to completion.

Nevada was an important approval to get since HarrahÃ¢â‚¬â„¢s has major holdings in the state. Most of the states in the U.S. have already approved the sale as well as the European Union and HarrahÃ¢â‚¬â„¢s hopes to have another decision by the National Indian Gambling Commission by the end of January.

Concerns coming from Nevada were the continued commitment of the new owners to the $2.1 billion expansion plan in Nevada and whether the new owners were interested in long term success or flipping the company for a quick profit.

Marc Rowan and Kelvin Davis, executives from Apollo and TPG respectively assured that they were in it for the long term stating, Ã¢â‚¬Å“We’re not cut-and-run guys.”

Gary Loveman, president and CEO of Harrah’s Entertainment stated, “We are grateful to the Nevada Gaming Commission and their counterparts at the Nevada Gaming Control Board, as well as all of the other regulators that approved this extraordinary transaction. Moving forward as a private company after the closing of the transaction, we will continue to deliver superior customer service, further our development in international markets and strengthen our competitive position in each of the markets where we operate.”

The sale of HarrahÃ¢â‚¬â„¢s Entertainment is expected to be completed in the spring of 2008.

This sale has also gotten the interest of poker fans, particular those that enjoy the World Series of Poker which HarrahÃ¢â‚¬â„¢s is the main sponsor and host.

Communications Director of the WSOP Gary Thompson this week assured those fans that the sale would not affect the WSOP and stated,

Ã¢â‚¬Å“The WSOP will remain a key brand in the Harrah’s portfolio, and one earmarked for expansion on a number of fronts.Ã¢â‚¬Â

HarrahÃ¢â‚¬â„¢s bought Binion’s Horseshoe Casino in 2004 and though it sold the casino to MTR Gaming Group it retained the rights to the WSOP and began hosting them at the Rio All-Suite Resort and Casino where it is still currently being hosted.