Chicago officials have received a response they were not anticipating the proposed casino location legislation. Residents of Chicago have come out in huge numbers and rejected the 78 megadevelopment new casino project.

This project has been planned for several years, but the negative feedback from the residents has left the state officials in a dilemma. The officials have not been able to consensus on where the gambling location will be.

Officials in Chicago are receiving pushback on their newly-proposed casino location once again. Hundreds of residents have openly pushed against the 78 megadevelopment casino plans recently introduced. This once again leaves city officials in a difficult situation.

Development Since Approval of the Casino Plans

It has been three years since Illinois lawmakers approved the 78 megadevelopment casino in Chicago. Yet, since 2019, the Chicago officials have not found an ideal location to build the casino.

Since the approval of the plans, the officials have proposed several locations for the casino. However, the residents have shut down all proposals through various community groups.

Some residents were for the plan when the officials recently announced plans to have the casino in the 78 megadevelopment, south of Downtown Chicago. The location of the casino would help attract more people to that area. However, the supporting numbers were just a handful, as most residents shot down that proposal.

If the casino is built in Chicago, the officials have a long way to go. They will need to take several measures to ensure the security of the Chicago residents is paramount for the residents to support their proposal.

Other Casino Plans in Illinois

There are several other casinos expected to open in Illinois. The 2019 Capital Plan approved the Chicago casino plan and six other different casinos all over the state.

Only one amongst all the approved casinos has started construction. Different cities have handed over their proposal to have the casinos built on their land, but the state officials have yet to agree on the other casinos’ cities.

The tourism revenue brought by the casinos will be helpful in social projects, and the cities hosting the game rooms will develop economically. This is one of the reasons why many cities are competing to have casinos on their land.

Danville is amongst the cities that have pushed for a proposal to open a casino. The Illinois Gaming Board is expected to meet and discuss whether or not to give the go-ahead. Unlike Chicago, where residents are against the casino’s opening, residents of Danville are supporting the proposal.

Illinois has always been one of the leading cities in the gaming industry in the American Midwest. Once all the approved casino projects are up and running, Illinois is expected to grow its population and tourism revenue. 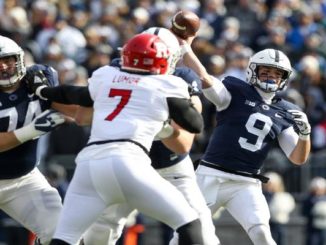