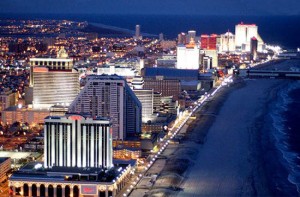 The Associated Press is reporting that Atlantic Club will close on January 13, 2014.  This comes after Caesars Entertainment and Tropicana Entertainment emerged as buyers from the auction process.  Neither company is interested in keeping the casino open.

Caesars Entertainment, owner of four resorts in Atlantic City, will acquire the physical property and non-gaming equipment for $15 million.

Tropicana Entertainment will become the new owner of all of the gaming devices on the floor.  This includes slot machines, video poker machines and table games.

Atlantic City has been on a seven-year skid in terms of gaming revenue.  The amount of money won by the city’s casinos on the gaming floor peaked at $5.2 billion in 2006.  It has declined ever since.  The 2013 Atlantic City gaming win is not likely to break $3 billion.

While the recession hurt gaming revenue in most markets, the opening of casinos in neighboring states is a major contributing factor.

Atlantic City casinos have also been unable to attract non-gaming visitors and conventions in the same way Las Vegas has.  The failure to diversify may be a contributing factor for Atlantic City’s inability to rebound after the recession.

Revel attempted to fill this void when it launched in 2012.  The company fell into bankruptcy within its first year and appears to be headed towards a sale or second bankruptcy in the near future.

Business conditions will only deteriorate when New York enters the casino market.  The nation’s largest slot casino already operates in New York City at the Aqueduct racetrack.  It will be joined by full service casinos in the coming years.

While Atlantic City revenue has declined by over 40 percent over the past seven years, the number of casinos that operate in the market has increased.  In 2007, there were 11 casinos.  In 2013, there are 12 properties that operate gaming.  No resorts have closed since Atlantic City’s decline began.  That will all change in January 2014 when Atlantic Club closes its doors.

Atlantic Club’s gaming revenue year-to-date is $132 million.  The entire market has won $2.65 billion from gamblers in 2013 as of November 2013.  That puts Atlantic Club’s market share at about 5 percent.  That amount is not likely to benefit any single resort substantially.

Atlantic Club was able to find a niche in the low-rollers market that specifically targeted locals.  Unfortunately for the company’s 1,600 employees, that was not enough to help the property turn a profit.

The collapse of Atlantic City’s gaming revenue may force other properties to cut back services or close entirely in the next few years.  The Meruelo Group attempted to acquire Trump Plaza for $20 million earlier this year.  That deal fell through when the property’s mortgage holder refused to sign off on the deal.