The gambling world still mourns the passing of one of the biggest casino moguls in the world, Sheldon Adelson, who passed away aged 87. Adelson was suffering from non-Hodgkin’s Lymphoma, which he treated successfully, but experienced complications during the last treatment, which were fatal for him.

People remember Adelson in different ways. He was a villain for online gamblers and poker players due to his Coalition to Stop Internet Gambling. On the other hand, many saw him as a philanthropist who supported plenty of noble causes with his immense wealth.

Adelson was born in 1933 in Boston to immigrant parents who lead a somewhat poor life. His father was Lithuanian, and he worked as a taxi driver, while his Welsh mother worked as a seamstress.

This may sound like a cliche, but Adelson’s story can be described as rags-to-riches, except he used to call it untrue as his family was so poor that they couldn’t afford rags.

But it seems that young Sheldon Adelson was born with a strong entrepreneurial spirit, which he displayed when he was only 12. He started delivering newspapers, which was the first of the many businesses that Adelson would found. Speaking of newspapers, he would later go on to found Israel Hayom and buy Las Vegas Review-Journal.

Adelson also served his duty to the country, going to the Korean War as a young man. He worked on Wall Street and established the Comdex convention, which was later sold for $852 million. Adelson earned almost half a billion dollars from this sale.

Adelson established The Las Vegas Sands Corp in 1988 and opened the Sands Expo and Convention Center two years after that. The Sands would go on to become the biggest gambling corporation in the world.

Las Vegas Sands focused on the model of building-integrated resorts, which became an industry-standard at one point. Adelson used this model to combine casinos with plenty of different experiences, including convention spaces, luxurious hotels, restaurants, and more. This would make him one of the wealthiest people on the planet.

Adelson’s company made the right move when it acquired one of the Las Vegas Strip properties, which became the most important landmark in the Entertainment Capital of the World — The Venetian. Adelson went on a honeymoon in Venice, which inspired him to bring the experience to Nevada.

With the expansion of gambling in Asia, Adelson opened Sands Macao in 2004. One of the most important properties that you can visit in Macau nowadays is The Venetian Macao, built back in 2007, replicating the Las Vegas one. This property became the largest casino in the world, bringing huge profits to Adelson and his company. 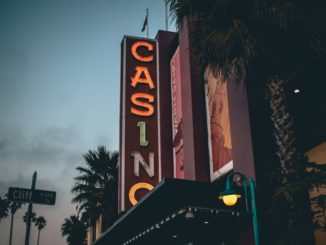