An 18-year-old man has been taken into custody, as he was connected to the Las Vegas casino shooting that took place earlier. The shooting took place in a parking lot of an off-the-strip gambling facility.

The name of the arrested suspect is Romell Buckly, and his preliminary hearing is scheduled for March 18 at the Las Vegas Justice Court. He is now located in the Detention Center of the Clark Country after he was arrested on March 3. Right now, things don’t look so good for young Buckley (policed documents provide both spellings of the name) as he faces a murder attempt charge.

According to Las Vegas Review-Journal, the Las Vegas Metropolitan Police Department received a call on January 16, sometime around 3 AM due to the alleged shooting that had taken place at the parking lot of the Rio All-Suite Hotel and Casino. The legendary Vegas property is located west of the Strip, right behind Caesars Palace.

After the police arrived at the crime scene, they discovered a man suffering from several gunshot wounds, who was later hospitalized and was in critical condition. According to various news sources, the victim underwent several surgeries and managed to survive.

Rio All-Suite Hotel and Casino has plenty of surveillance cameras, like many other properties in Las Vegas, so the police started reviewing those, only to find out that Buckly had left the hotel with the victim’s girlfriend. The victim then started chasing Buckly and the victim, with the two men entering an angry public dispute. Buckley returned to Rio but soon exited once again, this time carrying a firearm and shooting at the victim.

The police warrant states that the victim and Romell had a brief conversation before Romell used the handgun to shoot.

After the crime took place, Buckly sat in his car and drove away. According to the police, the car was recovered on January 18 — two days after the incident.

Las Vegas has been home to an increased crime rate for the past couple of months, mainly due to Covid-19 regulations.

There was a separate incident that also took place in January when a man was shot just outside the Venetian Resort, which is located on the east side of the Strip.

As reported by the police, there were two groups of men who started arguing and fighting on the gaming floor. They were soon kicked out but met up on the Stip right outside the property, where the fighting escalated.

One of the people wanted to retrieve a handgun from their waistband, but another one approached, and the two started fighting over the gun, which went off during the brawl, shooting the victim in the abdomen area.

The gunman and another man accompanying him escaped the crime scene but were soon arrested in a hotel-casino Treasure Island. The victim was taken to the hospital, where they were reported to be in critical but stable condition. 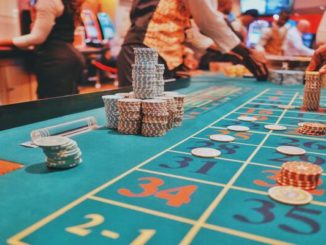 Circa Las Vegas Casino Gets the AAA Four Diamond Award