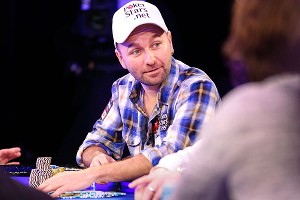 The World Series of Poker hosted the first ever Asia-Pacific Main Event this past week and the even saw a great turnout, with 405 players competing.

It was also a great time for Daniel Negreanu as he was able to break his WSOP losing streak and earn the fifth gold bracelet of his career. For the win, Negreanu earned the gold bracelet as well as just over $1 million!

Negreanu was extremely excited over the win as it had been five years since he won his last gold bracelet. The pro now is tied on the all time WSOP bracelet list in 12th place. After the win, Negreanu posted on Twitter:

“I won!!!!!!!!!! YES! Very happy right now. Thanks to all my friends and family for giving me the confidence I needed! So happy!!”

Once the tournament reached heads up play, it was a race between Negreanu and Daniel Marton. Negreanu held a considerable chip lead when heads up play began, 11 million to 1.2 million. However, Marton would soon double up and all-ins would continue and Marton would continue to grow his chip stack. However, the tournament would soon end when Negreanu held pocket deuces and Marton with A-7.

Marton had a gut-shot draw by the turn card but he would come up empty handed on the river, giving Negreanu the win. After the win, Negreanu was very excited and instantly asked for alcohol! The pro was later seen in several photos with Phil Ivey, enjoying booze and partying after the big win. With the win, the pro now has earned a nice lead in the 2013 WSOP Player of the Year Race.