These two teams will face each other in a pivotal Game 6 on Thursday night at Amile Arena in Tampa Bay, Florida, with puck drop set for 7:30 p.m. ET on TBS. The Toronto Maple Leafs lead this series 3-2 after winning Game 5, 4-3. The Tampa Bay Lightning have not faced elimination with three losses before a Game 7 since 2019 against the Columbus Blue Jackets.

Toronto is looking to win their first playoff series since 2004. The Maple Leafs have been here before, and they are not looking ahead. Toronto’s head coach is Sheldon Keefe.

Tampa Bay is looking to force a Game 7 and stay alive for another day in their quest for a three-peat. The Lightning have had been battled-tested before, and they will put it all on the line in Game 6. Tampa Bay’s head coach is Jon Cooper.

Toronto’s overall record against the spread so far this season is 38-43.

Tampa Bay’s overall record against the spread so far this season is 37-35.

Maple Leafs Looking To Advance To the Second-Round

Auston Matthews scored the game-winning goal for the Toronto Maple Leafs in Game 5 with 6:06 remaining in regulation off a juicy rebound shot by Mitchell Marner. He continues to be electrifying for the Leafs. Matthews is one of the best goal scorers in the NHL and finished with over 60 during the regular season.

John Tavares scored a power-play goal for Toronto in Game 5. It was about time he showed up in this series for this hockey team. Tavares also had an assist on William Nylander’s goal.

Jack Campbell finished this hockey game with 32 saves for the Maple Leafs. He made some big saves in the game in order to keep them in it. Campbell will be the projected starting goalie in Game 6 for this hockey team.

Lightning Looking To Stay Off Elimination

Steven Stamkos scored a goal for the second consecutive game in Game 5 for the Tampa Bay Lightning. He is starting to get hot for the Lightning. Stamkos will need to be big for them in Game 6 if they want to stay alive in the quest for the 3-peat.

Victor Hedman scored a power-play goal for Tampa Bay in Game 5. It was his second goal of this series, and Nikita Kucherov picked up his sixth assist of the series on that goal for Tampa Bay. He will need to stand tall in Game 6, and Hedman needs to show mental toughness.

Andrei Vasilevskiy finished with 21 saves in Game 5 for the Lightning. He was not the reason why they lost Game 5. Vasilevskiy will need to turn into the best goalie in the NHL for Game 6 and beyond if they want to avoid elimination.

This could be a very highly entertaining hockey game.

The Toronto Maple Leafs will send the Tampa Bay Lightning packing for the summer with a win.

Bet Toronto (+1.5) goal differential against Tampa Bay and bet the under 6.5 total goals scored in this hockey game between these two teams. 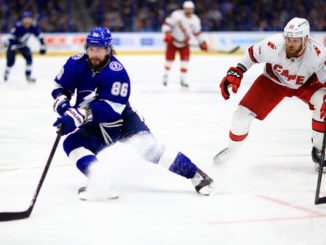 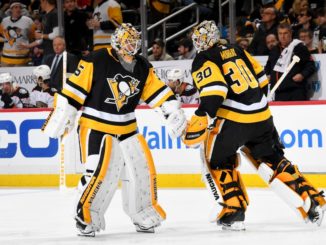 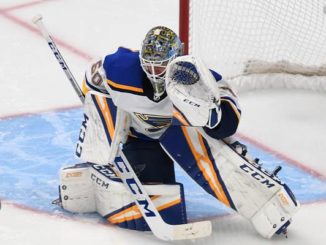