In College Football – the Notre Dame Fighting Irish are set to host the Wolf Pack of North Carolina State in a big game on Saturday. This game is part of the Week 9 schedule in NCAA Football. Both teams come into the game with just 1 loss on the season, and both are moving up the most recent Associated Press Top 25 poll.

The Fighting Irish are winning games with their ability to run the football and defend. Notre DAme is 6th in the nation with more than 317 rushing yards per game. On the defensive side, the Irish are allowing opponents to score just 16.4 per game. Notre Dame has not allowed a team to score more than 20 points in a single game this season.

The Wolf Pack have been winning games with their ability to toss the football around the field. Ryan Finley is just 32 yards shy of tossing for 2,000 on the season. Kelvin Harmon anchors the receiving core with 547 yards. The Wolf Pack will host Clemson next week, and then play back to back games on the road at Boston College and Wake Forest.

The Wolf Pack have been a good story, but they are playing another level in this game. Notre Dame has more depth, and their ability to beat North Carolina State upfront is going to be a huge factor. Look for the ground game of the Irish to be the biggest key in this game.

The Irish will force North Carolina State to turn the ball over a couple times due to their forcing them to throw the football early and often. When you are betting on this game for Saturday – take the home favorite. Bet on the Notre Dame Fighting Irish -7 over the North Carolina State Wolf Pack on Saturday. 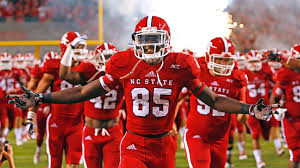 Top Betting Pick for Louisville vs. NC State This Thursday 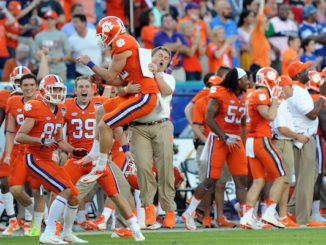 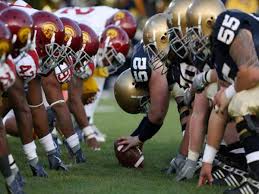