The Purdue Boilermakers look to again slay a top 5 team when they have a de facto home-field advantage against the Michigan Wolverines at 8:00 p.m. ET Saturday at Lucas Oil Stadium in Indianapolis.

The Boilermakers (8-4) have won three straight to make the Big Ten Championship Game, while Michigan (12-0) dominated Ohio State to clinch its spot.

The Boilermakers had a great season on both sides of the ball. They ranked 53rd in total offense at 406.5 yards per game and were particularly great at passing. They threw for 279.9 yards, ranking 21st, while only gaining 126.6 yards on the ground, ranking 97th. They were 66th in scoring 28.6 points per game.

Defensively they allowed 347 yards per game, which ranked 34th. The 23.1 points allowed per game ranks 41st. They were 36th against the run by allowing 128.8 rushing yards per game.

The defense generated 13 takeaways, which ranked 20th, and the offense had six giveaways, tied for 41st.

Quarterback Aidan O’Connell has thrown for 3,115 yards on 63.8% completion percentage with 22 touchdowns and 11 interceptions. Charlie Jones is a potential first-round pick in the NFL Draft.

Michigan going back to back?

Michigan may be locked into consecutive College Football Playoff appearances, but a spot can be secured by winning its second league championship.

Offensively, they had an elite rushing attack, ranking fifth at 244.5 yards per game. Their passing attack opened up against Ohio State. The Wolverines are eighth in scoring 39.8 points per game.

Blake Corum rushed for 1,463 yards and 18 touchdowns but is out for the season with a knee injury. Donovan Edwards has proved up for the task averaging 7.5 yards per carry on 92 totes and six touchdowns.

Ball security is going to be the key for each team. Purdue hasn’t beaten Michigan since 2009, and it will be difficult to do so again, but they may cover. But we like the spread at Michigan -16.5. 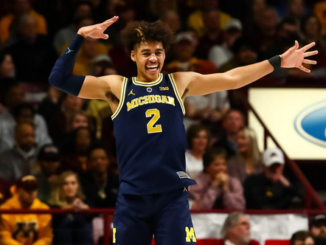 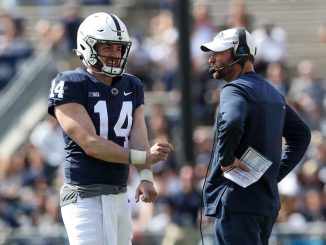 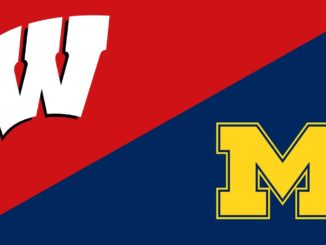