The Vegas Golden Knights will host the Winnipeg Jets in game 4 of their Western Conference Finals playoff series. The Golden Knights defeated the Jets, 4-2 in game 3, and now lead the series 2-1. The two teams will again square off in Las Vegas before heading back to Winnipeg for game 5.

The Golden Knights looked rusty in game 1 of this series, but have responded with two terrific performances to take the series lead. Winnipeg will be looking to steal game 4 on the road to try and steal back home ice advantage for this series. This matchup features two teams that have never reached the Stanley Cup Finals. The Winnipeg Jets are +111 against the Golden Knights in game 4.

Jonathan Marchessault has expressed confidence in his team throughout the 2018 playoffs, and he has backed up his play for Vegas. Marchessault scored twice in the game 3 win, including a goal just 35 seconds into the game. Marchessault has now scored 4 goals in the last two games of this series to lead the Golden Knights offense. The Jets must find a way to stop the high scoring Vegas center.

Vegas goalie, Marc-Andre Fleury had another solid game for the Golden Knights, stopping 33 of the 35 shots he faced. Vegas knows that they are able to take chances defensively with the veteran Fleury protecting the net for them. If the Golden Knights are able to reach the Stanley Cup Finals, they will do so riding the back of their goaltender.

The Winnipeg Jets know that they must match the Golden Knights’ depth if they want to even up the series. The Golden Knights have four very productive offensive lines, and the Jets defense can’t relax against any of them. Goalie Connor Hellebuyck has been solid in these playoffs, but doesn’t have the experience to win games by himself, especially on the road.

Offensively for the Jets, Mark Scheifele has been carrying the load. Scheifele scored both of the Winnipeg goals in game 3, and has now scored a playoff leading 14 goals in just 15 games. Look for veterans Dustin Byfuglien and Paul Stastny to be aggressive in game 4 for the Jets to try and ignite the offense.

This appeared to be a playoff series destined to go 7 games, but the Golden Knights are trying to ruin that prediction. Vegas played inspired hockey in front of their home fans in game 3, and will look to duplicate their performance on Friday night. If Fleury is on top of his game once again, the Golden Knights will be tough to beat. 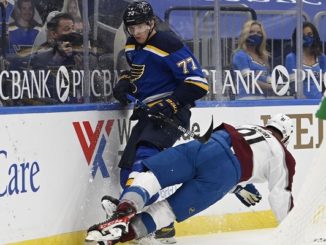 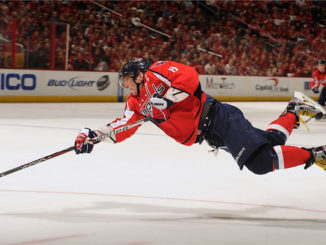 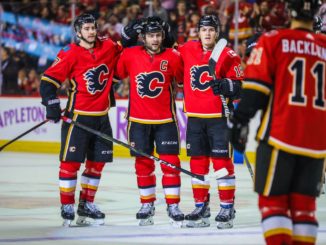