It has been a stellar year for the Rams and they’re trying to have it end in the Super Bowl. They have a terrific offense and now have a pair of dynamic running backs. What do they lack? Nothing.

New Orleans is trying to get to a second Super Bowl under Drew Brees for the first time in ten years. We’ll see if Brees is able to lift his team to the big dance again.

They beat the Cowboys 30-22 last week but had a surprising number of naysayers leading into the game. It was as if their entire dominant regular season was being ignored by fans all over. Jared Goff and Sean McVay have been a match made in heaven. Even without Cooper Kupp, they still have a terrific group of receivers catching passes from Goff. Cooks, Reynolds, and Robert Woods have all been very good, and they get just enough production from the tight end spot.

Dante Fowler, who they added at midseason, recorded the team’s only sack last week, but will they need Aaron Donald this week? More than ever. He had more than 20 sacks in the regular season. He was named the best defensive player in the league by various people around the NFL. The secondary is going to have to step up in a big way for them to really have a chance though.

After the defense came up big down the stretch to lift them past the Eagles, here the Saints are, a win away from the Super Bowl. They choked away the 2018 NFC Divisional Game against the Vikings, but this year is very different. Brees led enough scoring drives to help the team to win the game. The running backs, Kamara and Ingram, continue to make big plays. They have not been able to be slowed, while they have new receivers every week making big plays. Keith Kirkwood is out for this game, so we’ll see if that has an impact.

The O-Line kept Brees upright all season, as he took only 17 sacks in the 15 games he started. We look at the Saints D, which started horribly and got better fast. Cam Jordan was a monster with 12 sacks, with Sheldon Rankins adding eight. Marcus Williams and Marshon Lattimore both did a good job in the secondary, along with Eli Apple and PJ Williams. They’ve got some serious playmakers. He did take two sacks last week against Philly, and now they don’t have Sheldon Rankins. Do they have enough?

Saints win a tight one, move to Super Bowl

We’re rolling with the Saints here. Bet them -3, as they are going to get it done and move to their first Super Bowl in 10 years. It is a travesty that Brees only has one title in his career, but he’ll have the chance for two, now. 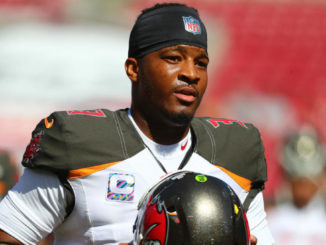 Winston Says Goodbye To Tampa; Where To Next? 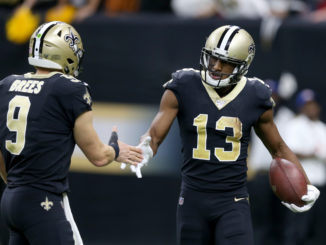 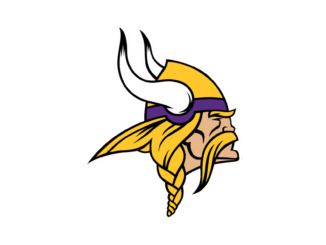