Russell Westbrook is putting up another season of fantastic numbers. The defending MVP is putting up 25.4 points, 9.6 rebounds and 10.1 assists per game. The Thunder added Paul George and Carmelo Anthony to the roster following their first round loss last year, and those two are combining for  39.1 points per game.

Steven Adams is having a nice season for Oklahoma City, and kind of under the radar. The big man is scoring 13.9 points per game, and ripping down 9.1 rebounds. The Thunder are tied with the Timnberwolves for second in the Northwestern Division, but just two games ahead of both the Nuggets and the Jazz.

San Antonio Looking to Improve on the Road

Gregg Popovich’s teams are not usually 14-20 when playing on the road. The Spurs have lost three out of four games, with their lone win during that time coming at home to the Grizzlies. The Spurs are in third in the Southwest Division; trailing both the Houston Rockets and the New Orleans Pelicans. San Antonio will need to win 13 out of their final 17 games to keep their streak of 50+ wins alive.

The Spurs are led in scoring by LaMarcus Aldridge. The big man is scoring 22.4 points per game, while making 50% of his shots. San Antonio expects to get Kawhi Leonard back this month, but it’s uncertain on when he will return. The Spurs are the top defensive team in the NBA, allowing 99.6 per game.

The Oklahoma City Thunder have some incredible athletic talent. The Thunder have three guys that can score nearly anywhere on the offensive end of the court. The Spurs do not have that. San Antonio will have to grind it out on the offensive end. Look for the faster, quicker, more athletic team to win this game. When you are betting on the NBA Saturday – take the Oklahoma City Thunder -3.5 over the San Antonio Spurs. 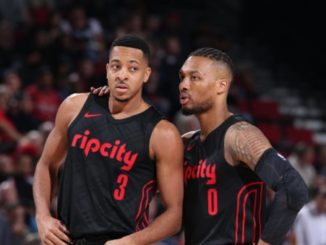 NBA Showing Its Good Side During Pandemic 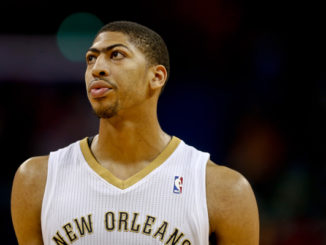