As it stands right now, Jacque Vaughn is the man in charge of the Brooklyn Nets. And serving as an interim head coach during this crazy time cannot be easy for him. The expectation was that he would lead the team through the end of the season and into the first round of the postseason.

Vaughn is still in his position, and it would be truly terrible for him to lose his job after not even getting a crack in the playoffs. Anyway, given that he is not a lock to be back next season, read on to find out who may replace him.

The first candidate is Vaughn himself. He struggled as the man in charge while in Orlando and was fired after a few unsuccessful seasons. He had the unenviable task of being the one to coach trough the re-build following Dwight’s departure. His gig in Orlando is his first opportunity to be the head coach, since.

Out Of The Booth?

Next is Jeff Van Gundy, who has spent the past decade-and-a-half in the broadcast booth for ESPN after his stints coaching Houston and New York. He has had tremendous success in the past and is somebody that has done a lot of work with the Team USA select groups. He’s basically the NBA’s Jon Gruden if he gets hired.

All the rumors of him looking to coach again, and yet he hasn’t surfaced as the lead anywhere. His candidacy should be taken very seriously here, though.

Next is longtime NBA point guard and former Nets commentator Mark Jackson. He’s been in the booth for ESPN since being followed after his three years at the helm with Stephen Curry and the Warriors. He would be a good coach for Kyrie, being an all-time great floor general, so we’ll see what ends up happening there. He’s a dark horse here.

Jason Kidd has been rumored to be in the mix as well. Immediately following his retirement, he took over as Nets coach, guiding them to the playoffs, where they didn’t go quietly. But it didn’t work out, and he worked a trade to Milwaukee out and left immediately.

Kidd is serving as Frank Vogel’s associate head coach in Los Angeles this year, so he’s continued to stay in the coaching game. He would be the next Mike Brown, being ousted (traded) only to come back a few years later for a second go-round.

The candidate who should have the advantage here though should be the one to be in charge during the only Cavs title. Ty Lue took over midway through the year for David Blatt and helped his team to beat the greatest team (by regular-season record) in NBA History in the NBA Finals.

Lue coached Kyrie for a few years over there, and so there is some real familiarity. There are rumors that their relationship had not been good, though they have been squashed with them being stated as “water under the bridge” now.

Whoever gets the job will be in a good spot next year, coaching Kevin Durant and Kyrie Irving. 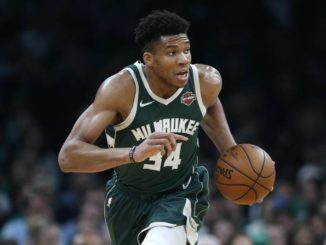 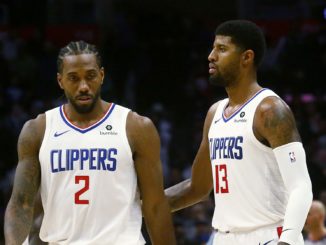 NBA Teams on the Rise and on the Fall