Whenever the NBA Draft actually takes place this summer, there will be some incredible talent entering the league. From the likes of LaMelo Bell and Obi Toppin, to James Wiseman and Anthony Edwards, several building blocks are on the board this summer. On the topic of Wiseman, there are some rumors linking him to the Warriors.

The Warriors may, however, let their current center, 22-year-old Marquese Chriss, have some breathing room as he looked very solid this year. They picked up Chriss right before the season began and he has been proving his worth since then.

Chriss failed to meet expectations after being selected #8 overall in 2016, but since being traded to the Warriors, he has been statistcally sound, averaging nine points, six rebounds, two assists, and just over a block a game. These are career-high numbers across the board, as is his 55% field goal. He has been overlooked several times, but may have finally found a fit in Golden State.

The most interesting part of all this is that Chriss started off in Phoenix alongside Dragan Bender. Both guys were equally disappointing. Fast forward a few years and Bender has ended up in Golden State with him a few weeks before the league shut down and is now playing some of his best basketball.

Warriors brass may then be prepared to skip out on the likes of James Wiseman to roll with Chriss. You have to be happy for the former lottery pick, who seems to have finally found his niche in such a great situation.

Over in Indiana, things had been going decently this year. They looked to be heading to the playoffs yet again, trying to snap a long streak of losing in the first round. And then they finally got their franchise star Victor Oladipo back on the floor, but, how healthy was he?

Oladipo says he’d be “lying if [he] said [he] was even 80 percent out there”, referring to the team’s last game before the league stopped. This comes after he had scored 27 points in the game, one of his better showings in his 13 appearances. He also adds that he “kind of just jumped in.”

That’s always going to be the case when you are a prominent part of a team and have to miss an extended period before the year. But the fact that he was able to play that well against a stacked Celtics team at 80% or so tells you that he will be back to what he was pre-injury.

VO was a 2X All-Star over his first two seasons with the Pacers, so that will be where the bar is set for him next year.
Playing alongside Malcolm Brogdon will make things easier for him. He hasn’t played with many other back-court playmakers before.

But at least Victor got to make his debut. Jusuf Nurkic was a few days away from returning from the broken leg injury that cost him nearly a year. Luke Kennard of the Pistons had also been set to come back from a long-term injury.

Anyway, here’s to Oladipo crushing it in this year’s playoffs, whenever that may be. 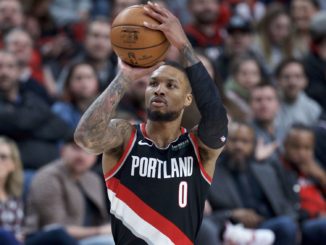 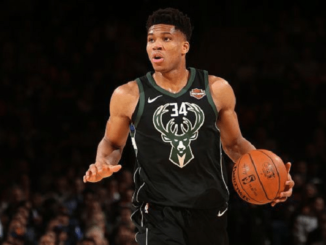 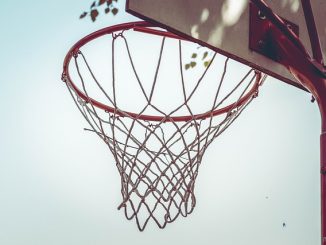