With Memorial Day weekend upon us, June is right around the corner. Of course, June is when we hope to get a second round of spring training underway. There’s still a lot that needs to happen, so let’s check out the latest baseball news.

Its been roughly a week since MLB gave the Players’ Association a 67-page proposal full of protocols for how the league hopes to operate in the middle of a pandemic while keeping players safe. After taking a few days to mull over the proposal, the players have officially responded.

The players believe that some of the safety measures go a little too far. For instance, the players don’t want to give up access to certain pre-game and post-game therapies that help them perform. They also don’t like the idea of being prohibited from showering at stadiums after games.

Part of the reason why players think the restrictions proposed to them go too far is that the players want to increase the amount of testing from what the owners initially proposed. The original protocols call for players to be tested for coronavirus “multiple times per week.”

However, the union is going to push for players to be tested every day to further reduce the risk of a team enduring an outbreak inside the clubhouse.

On Tuesday, the real fight between the owners and players for baseball’s return in 2020 begins. That’s when MLB is going to formally make its financial proposal to the Players Association.

However, we’ll find out on Tuesday, which is when negotiations could heat up, as the owners and players don’t appear to agree or willing to budge on the financial terms of starting the 2020 season.

In baseball-related news, Rays pitcher Brent Honeywell Jr. has received more bad news regarding his elbow. Honeywell missed all of 2018 after Tommy John surgery and then sat out 2019 after fracturing his right elbow during his Tommy John rehab.

This past week, Honeywell required yet another procedure to remove scar tissue from the ulnar nerve in his pitching elbow. Before the initial Tommy John surgery, Honeywell was considered Tampa Bay’s top pitching prospect and made 24 starts at triple-A in 2017.

If healthy, he’s got the stuff to be an effective pitcher in the majors. However, his status for 2020 is now up in the air.

Even with the start of the season delayed, Yankees outfielder Aaron Judge may not be ready when it begins. Judge suffered a rib injury last September but didn’t have it diagnosed until he came to spring training.

He’s reportedly making progress but isn’t yet ready to swing a bat. GM Brian Cashman says he still expects Judge to be ready when the season will supposedly begin in early July, but that seems to be far from a guarantee at this point. 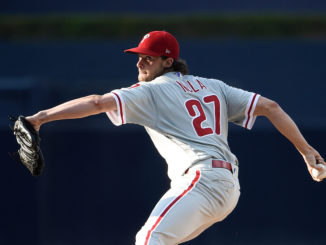 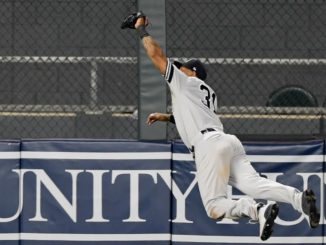 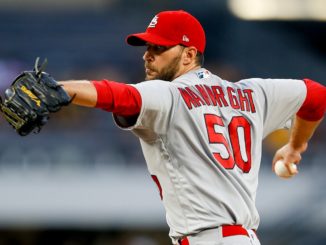