On Thursday night, the number 2 ranked Michigan Wolverines will travel to Champaign to take on the Illinois Fighting Illini in a Big 10 battle. Michigan comes in at 15-0 and Illinois comes in at 4-11.

Michigan is coming off a 74-63 win over the 24th ranked Indiana Hoosiers on Saturday. Charles Matthews and Jordan Poole led the Wolverines in scoring with both of them tallying 18 points. Matthews chipped in 6 rebounds and Poole had 5, and both of them had 2 assists. Zavier Simpson had 12 points and was the leading assister with 3. Freshman Wooden award candidate Ignas Brazdeikis was the last Wolverine in double figures as he scored 10 points on just 2 of 7 shooting from the field. Brandon Johns Jr. had a nice game off the bench scoring 8 points and led the team in rebounds with 8 in just 13 minutes of action.

Illinois is coming off a heartbreaking 68-66 loss to Northwestern on Sunday. The Illini led this game almost the whole way but were stunned by a Northwestern 3 pointer with 11 seconds left that handed them the loss. Ayo Dosumnu led the Illini in scoring with 18 points on 6 of 12 shooting. He also had 5 rebounds and 2 assists. Adonis De La Rosa was the next highest scorer with 12 points in just 14 minutes. Da’Monte Williams was the only other player in double figures with 10. Kipper Nichols was the team leader in rebounds with 6 to go along with 8 points.

Michigan comes in at -9. Illinois will have trouble scoring the ball against a tenacious Wolverine defense and Michigan will score at will all night against an Illini team that has struggled on the defensive end this season. Even though the crowd will be electric in Champaign, that will not be enough for this weak Illini team. Expect Michigan to hold a comfortable lead for most of the game. Take Michigan -9. 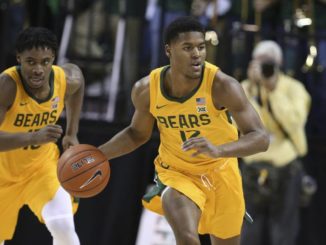 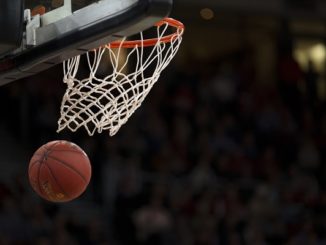